To commemorate the 150th anniversary of the incorporation of the city of Lynchburg, Virginia.

A statue of the goddess Liberty, standing with her arms outstretched in a welcoming gesture. The right field contains a portion of the Monument Terrace leading up to the old Lynchburg Courthouse. In front of the building is a Confederate monument. The anniversary date 1786 is located to the left of Liberty and the mintage date of 1936 is to her right. Above Liberty appears the inscription “LYNCHBURG VIRGINIA SESQUICENTENNIAL”.

20,000 half dollars were struck for sale to the public. They sold out rather quickly with no examples returned to the Mint.

Truth About the Federal Reserve System by Carter Glass 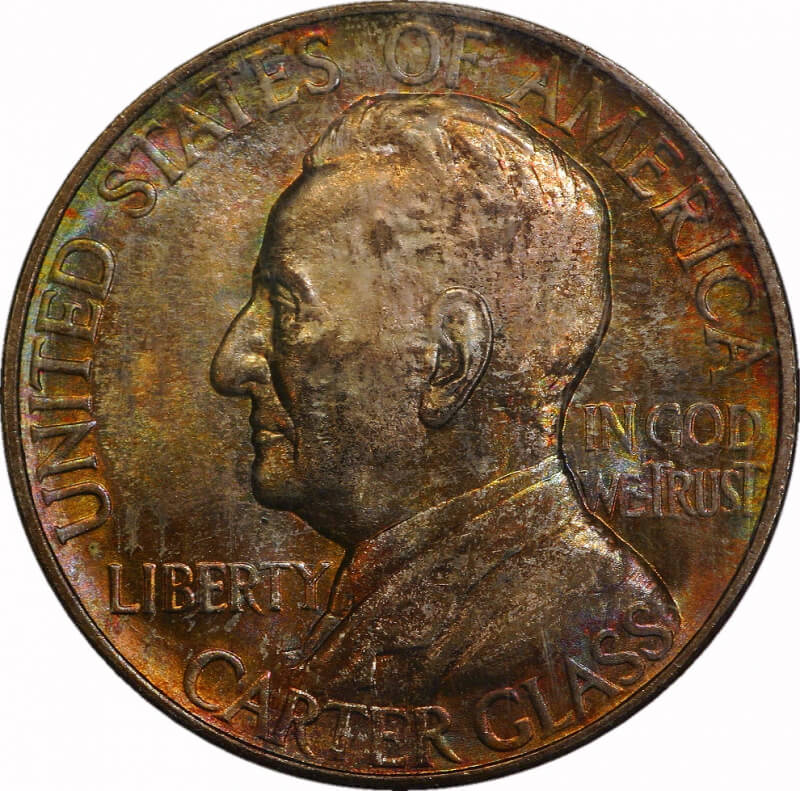 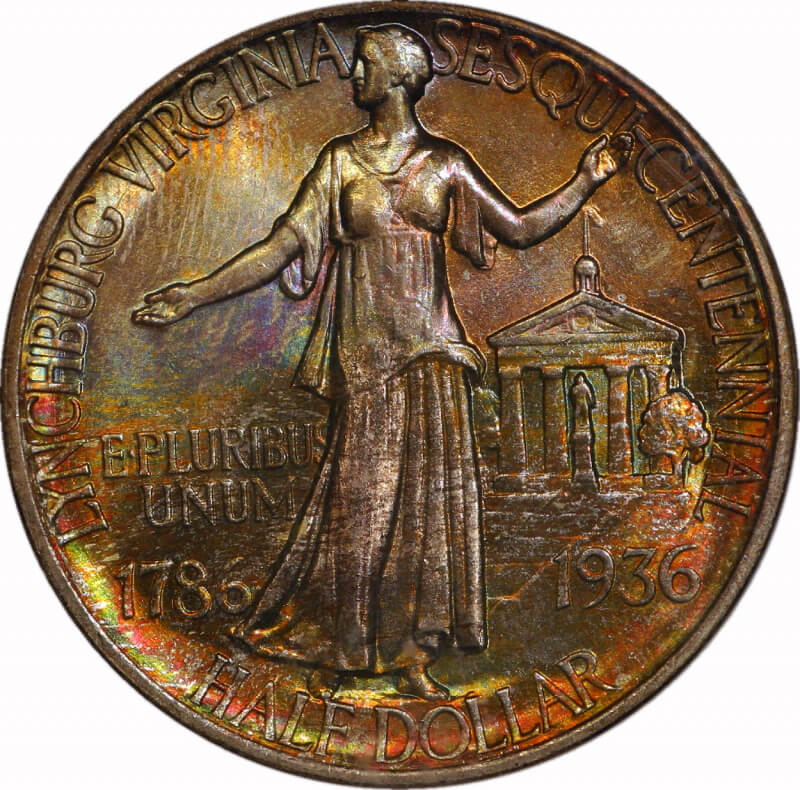