The official seal of the city of Norfolk, Virginia, consisting of a three masted ship sailing to the right above the waves. Underneath the ship is a plow and three sheaves of wheat. The word “CRESCAS,” meaning “may you prosper,” appears below the wheat. The motto “ET TERRA ET MARE DIVITIAE,” meaning “both land and sea are your riches” is located above the ship. An inner border includes “TOWN 1682 BOROUGH 1736 CITY 1845 CITY OF NORFOLK VIRGINIA.” An outer border displays the anniversary date of 1936 between two scallop shells and “BOROUGH OF NORFOLK BICENTENNIAL.”

The Royal Mace with the British crown on its top is in the center of the coin. The date 1636 is separated by the mace and has sprigs of dogwood on both sides. “NORFOLK VIRGINIA LAND GRANT” is found above the mace and crown. The designer's initials are located above the “LL” in “DOLLAR.”

25,000 dollars were struck for sale to the public. Initial sales were slower than expected. Some collectors resented the British crown on a United States coin. A total of 8,077 remained unsold and were returned to the Mint.

Published by The National Bank of Commerce (1959) 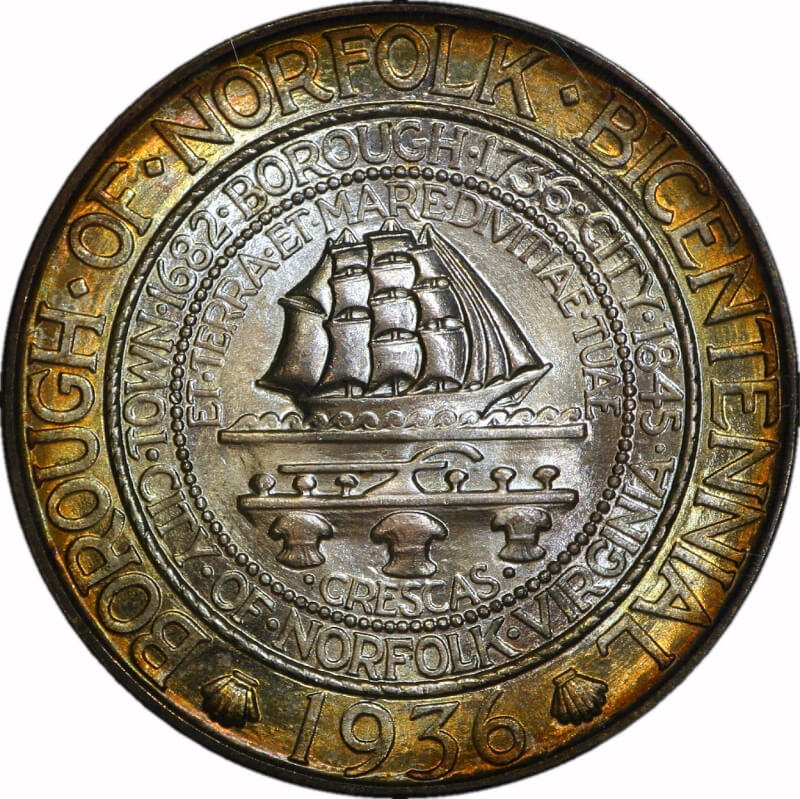 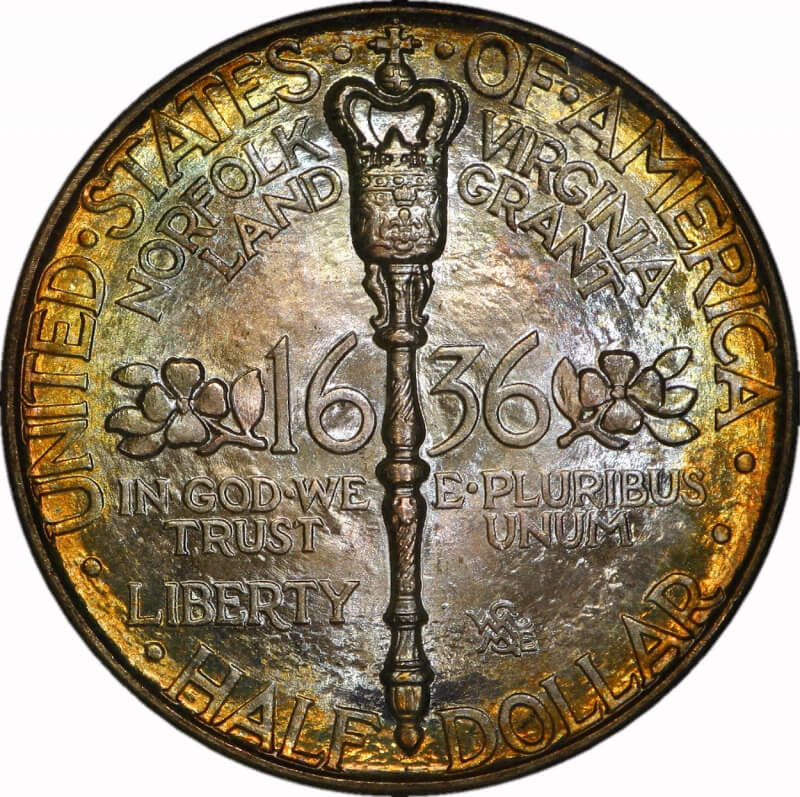