To commemorate the 300th anniversary of the founding of Providence and help fund a memorial to Roger Williams.

Roger Williams kneeling in a canoe with his right hand raised as a gesture of friendship. His left hand is holding a Bible. A Narragansett Indian is standing on the State Rock shore with his hand extended, greeting Williams. In the left background, behind the Narragansett is a stalk of corn. The sun is rising in the background. The anniversary dates “1936” and “1636” and the words “RHODE ISLAND” are located between the inner and outer borders.

A stylized state seal of Rhode Island. The Anchor of Hope is in the center of the coin with a ribbon above the anchor. The word “HOPE” is emblazoned on the ribbon.

50,000 half dollars were struck  for sale to the public. The Philadelphia Mint was responsible for producing 20,000 coins while the Denver and San Francisco Mints produced 15,000 examples each. No coins were returned to the Mint.

Roger Williams and the Creation of the American Soul: Churcg, State, and the Birth of Liberty by John M. Barry 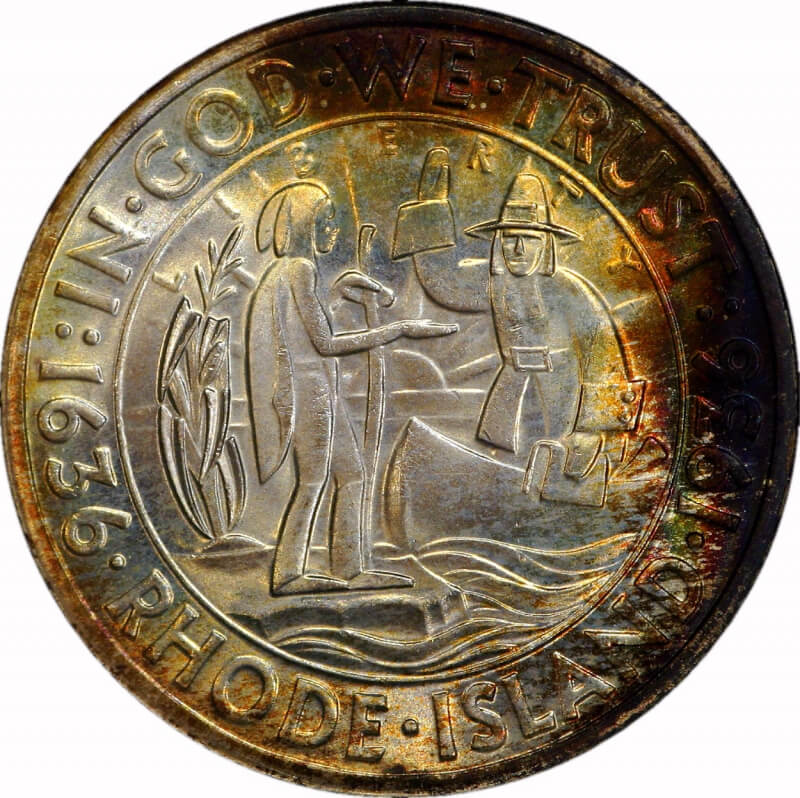 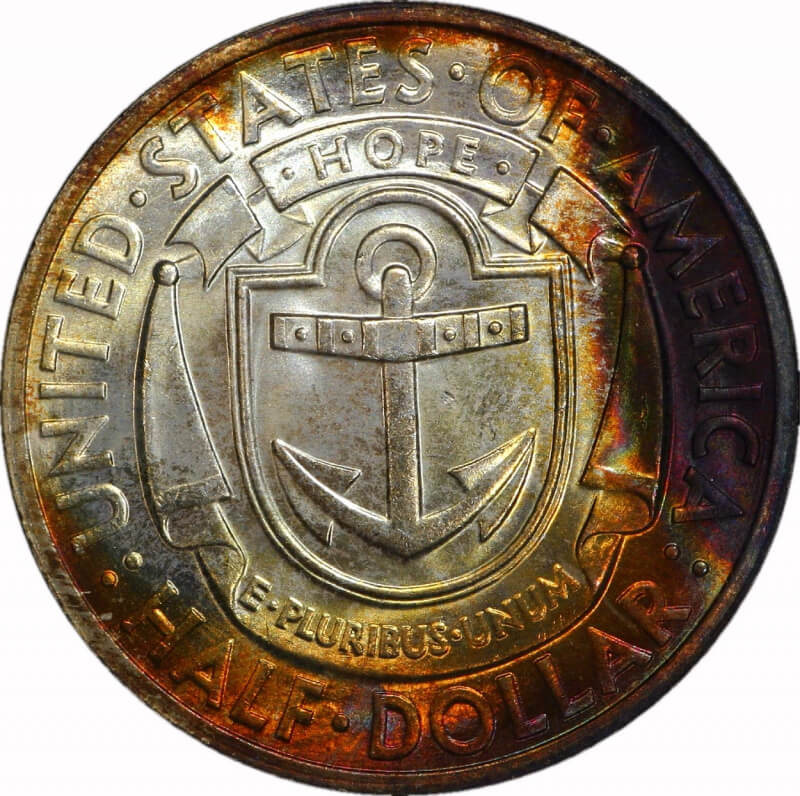