To commemorate the opening of the San Francisco-Oakland Bay Bridge.

A large grizzly bear, the emblem of the State of California. Four stars that have no historical significance appear in the lower field. The designer's initials are located in the upper right field.

The Bay Bridge as seen from San Francisco. The Ferry Building is in the foreground. Yerba Buena Island and the Berkeley Hills of the East Bay are in the distance. A ferry boat and an ocean liner sail through the water. The inscription “SAN FRANCISCO-OAKLAND BAY BRIDGE” surrounds the coin. 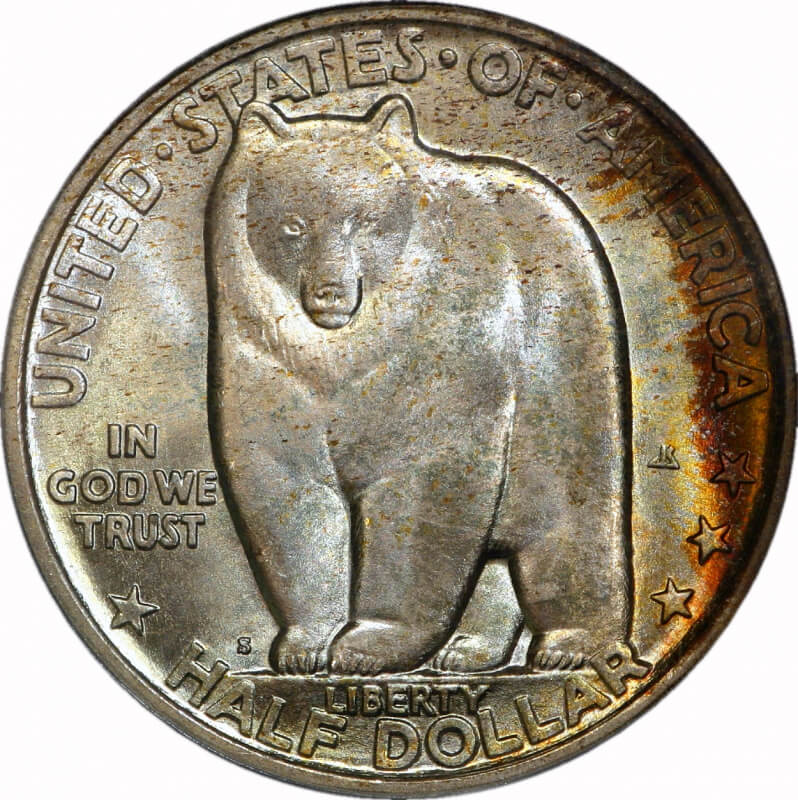 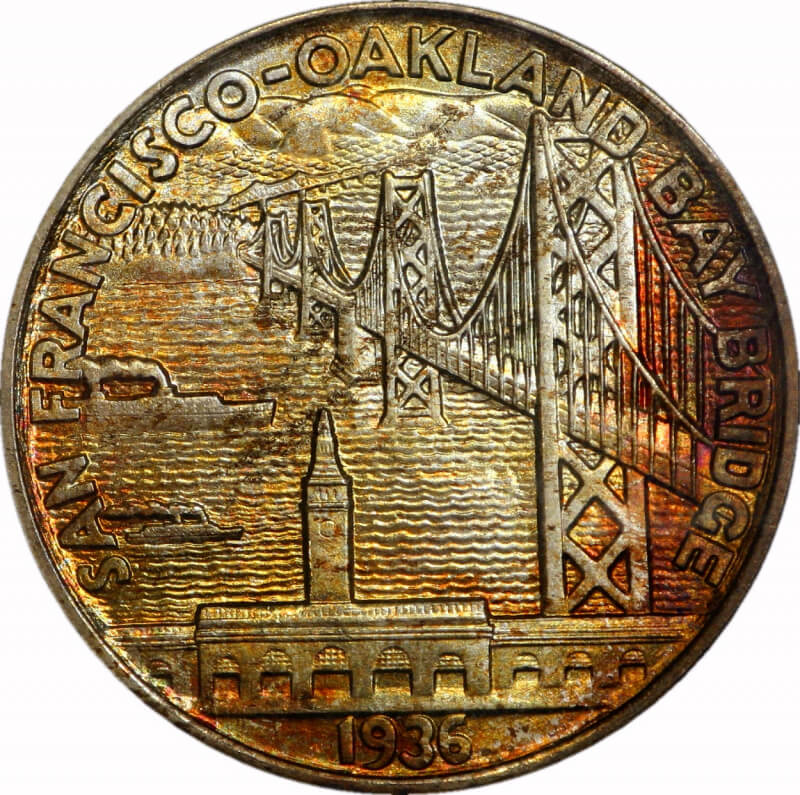