To commemorate the 100th anniversary of the establishment of the Territory of Wisconsin.

A miner's right forearm with his shirt sleeve rolled up to his elbow. The miner's hand clasps a pickaxe. Lower in the field is a pile of lead ore and soil. Below the pile is the inscription “4th DAY OF JULY ANNO DOMINI 1836”. “WISCONSIN TERRITORIAL CENTENNIAL” is located just inside the rim. The date is found at the bottom of the coin, located between two stars.

25,000 pieces were struck for sale to the public from the Philadelphia Mint. Since the coin commemorated a local event, sales were disappointing. Examples were available for sale from the Coinage Committee of the Wisconsin Centennial into the 1950s until the supply was exhausted.

Black Hawk: The Battle for the Heart of America by Kerry A. Trask 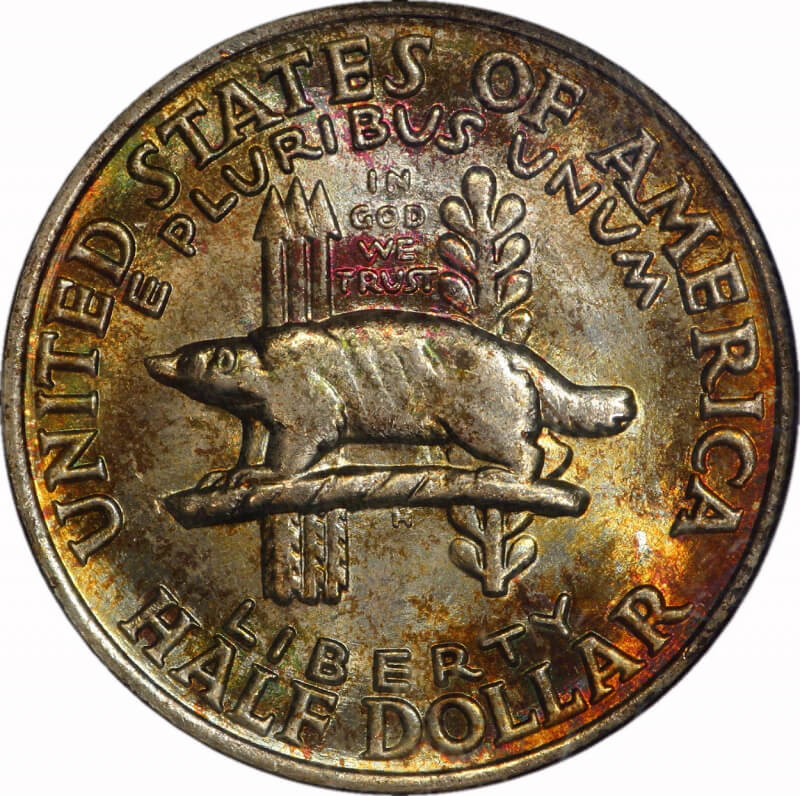 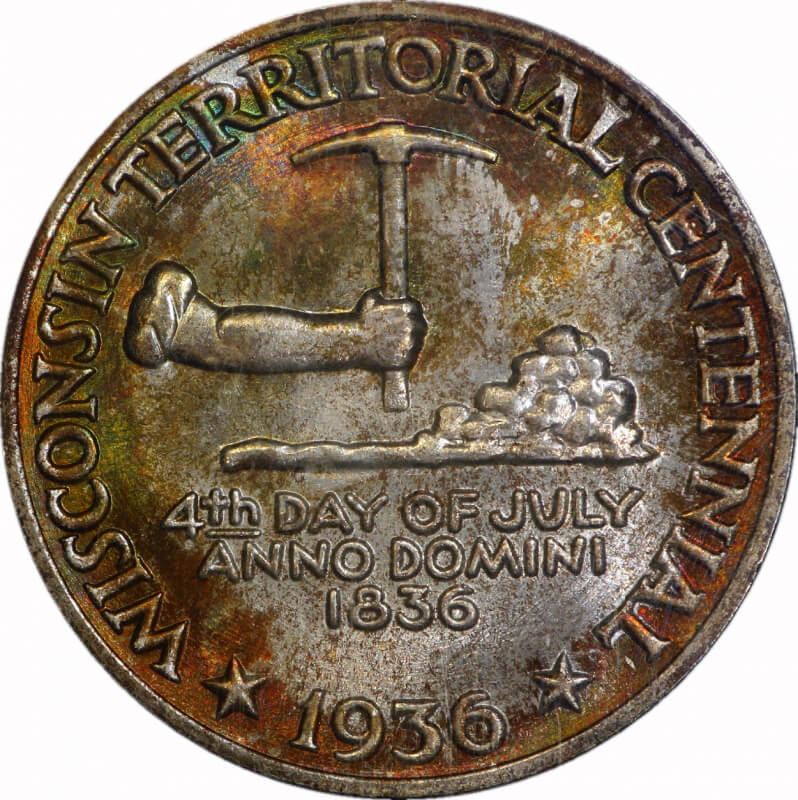