To commemorate the 300th anniversary of the founding of York County, Maine and fund local celebrations.

A stockade representing Brown's Garrison. Four sentries located outside of the stockade with one sentry mounted on a horse. Behind the stockade is the rising sun complete with rays. Stars are located on each side of the denomination “HALF DOLLAR”. The designer's initials are found below the “IBUS” in “PURIBUS.”

Seal of York County, Maine. The seal consists of a cross that divides a shield into four quadrants. A pine tree is found in the upper left quadrant. The anniversary dates are on the sides of the seal. Inside of the rim is the inscription “YORK COUNTY FIRST COUNTY IN MAINE” with decorative stars.

While a maximum of 30,000 coins were authorized, only 25,000 coins were minted for sale. The coin had strong sales in Maine but did poorly outside of the state due to its obscure subject. No coins were returned to the Mint and eventually, the York County Tercentenary Commemorative Coin Commission exhausted their supply by selling the half dollars at a ten coin minimum in the 1950s. 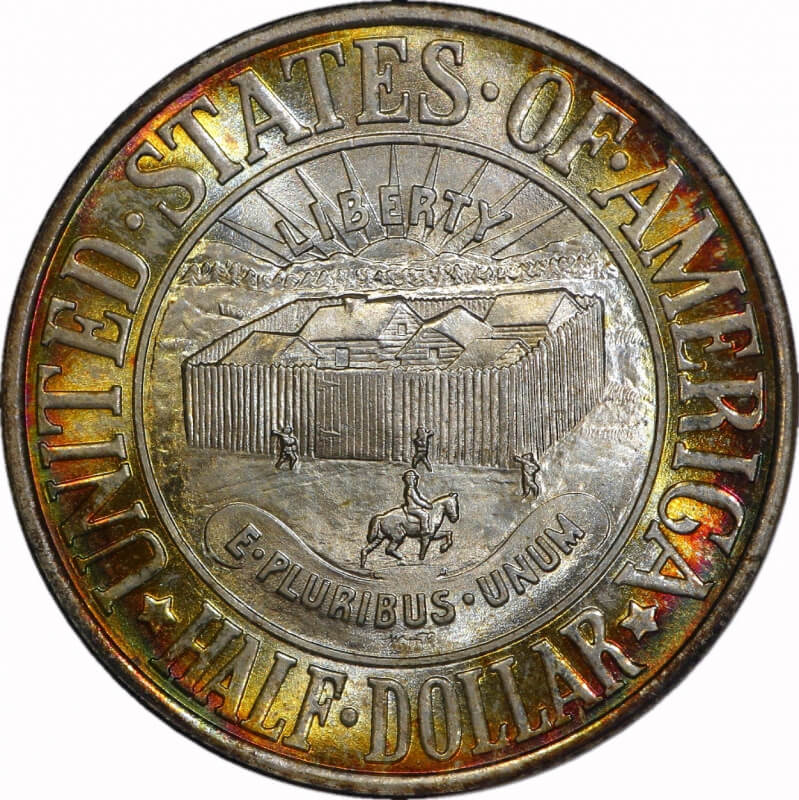 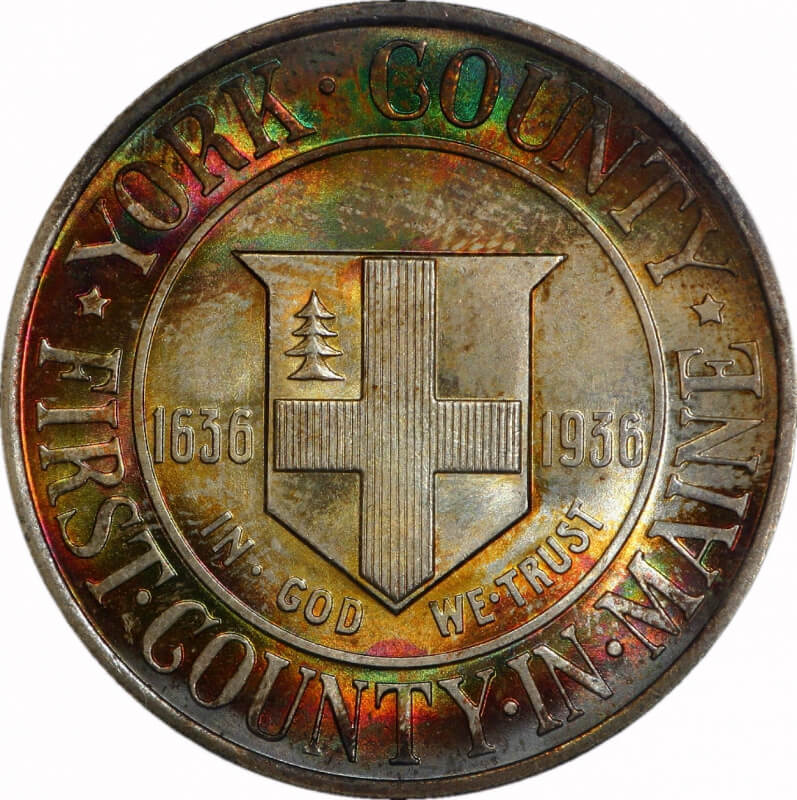