1937 Battle of Antietam Half Dollar

To commemorate the 75th anniversary of the Battle of Antietam and help finance the celebration.

Profiles of  Army General George B. McClellan and Confederate General Robert E. Lee. Both generals are facing left. Their names are inscribed below their busts. Three stars, representing General Lee's rank are in the right field while two stars, for General McClellan's rank, are located in the left field. The designer's initials are near Lee's shoulder.

A bridge over Antietam Creek. Below the bridge is inscribed “THE BURNSIDE BRIDGE  SEPTEMBER 17 1862.” At the left of the bridge is a group of trees. A single tree is found at the right. Inside the rim rests the inscription “SEVENTY FIFTH ANNIVERSARY BATTLE OF ANTIETAM.” The date is at the bottom of the coin.

50,000 dollars were struck at the Philadelphia Mint for sale to the public. The coin did not sell well and eventually 32,000 pieces were returned to the Mint for melting, leaving a total mintage of 18,000 coins. 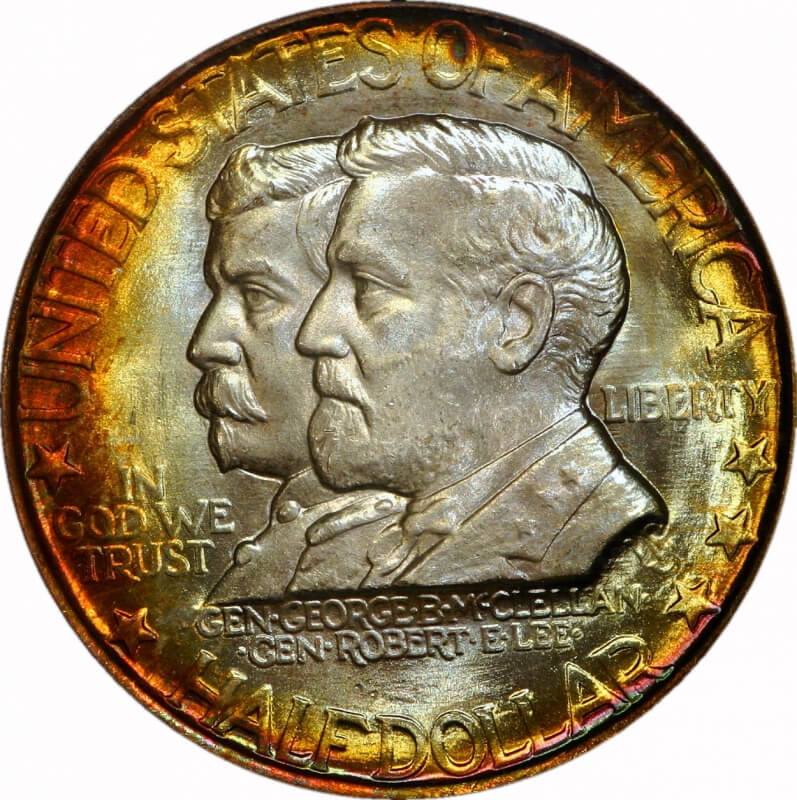 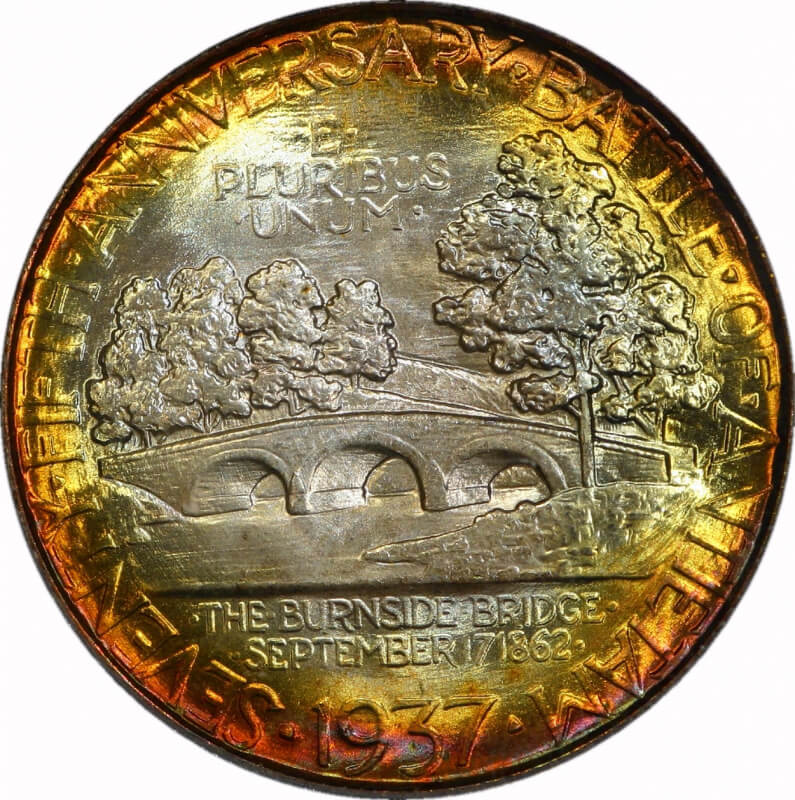