To commemorate the 350th anniversary of the English colony on Roanoke Island, North Carolina and the birth of Virginia Dare.

Bust of Sir Walter Raleigh facing left. His name is below his image with the designer's initials located just below Raleigh's shoulder. The date is in the lower left field.

Eleanor Dare holding her daughter Virginia Dare in her arms. On both sides of Eleanor are sailing ships. Just inside the rim are the words “THE COLONIZATION OF ROANOKE ISLAND NORTH CAROLINA.” “THE BIRTH OF VIRGINIA DARE” is on each side of Eleanor with the anniversary dates 1587-1937 below.

A total of 50,000 coins were minted for sale to the public. Of the total mintage, 29,000 examples were sold. The remaining 21,000 were returned to the Philadelphia Mint.

The Lost Colony and Hatteras Island by Rscott Dawson 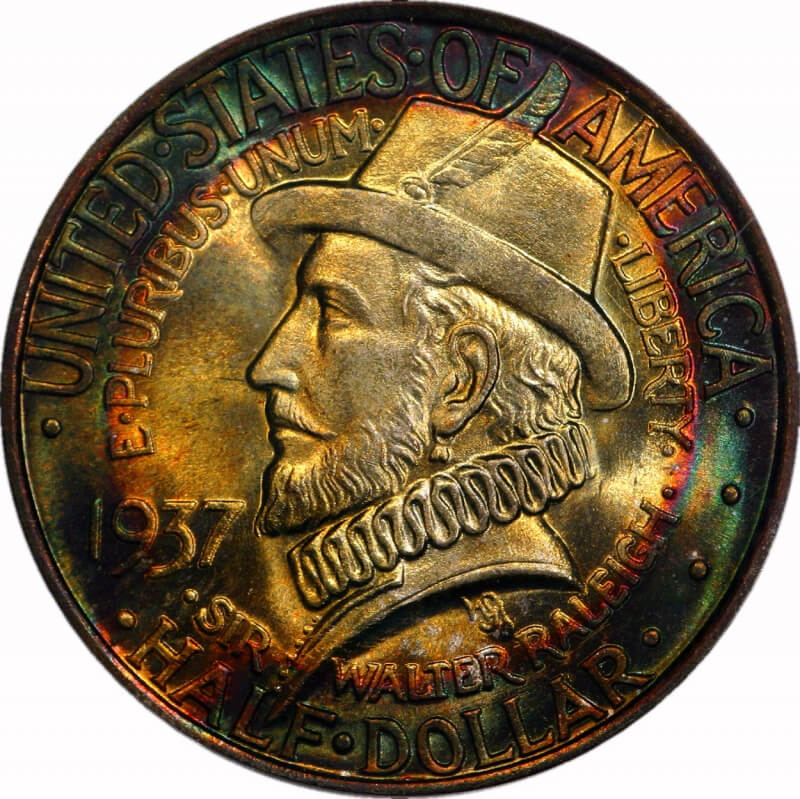 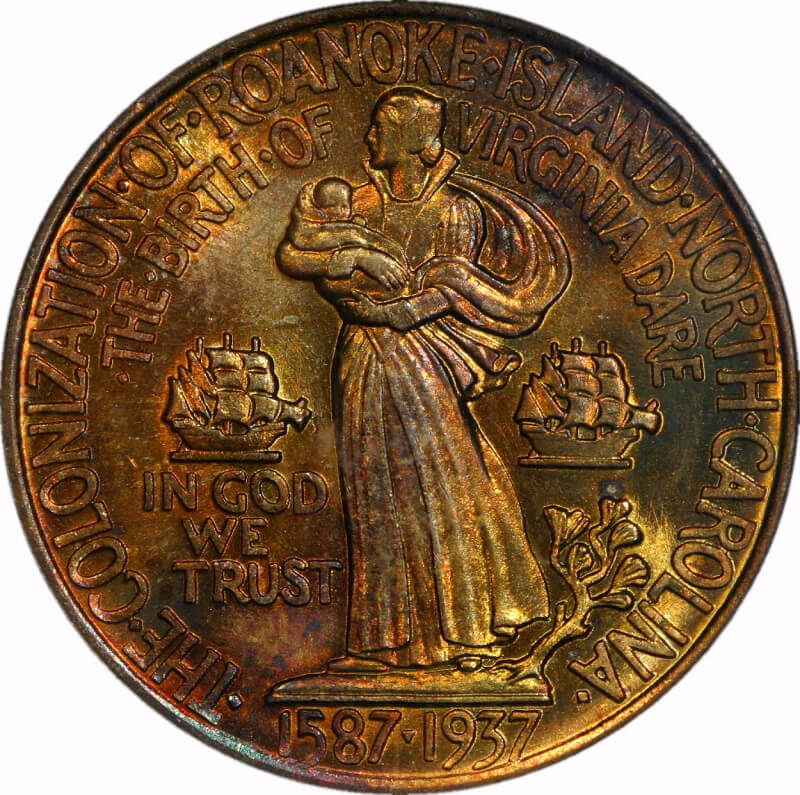