To commemorate the 250th anniversary of the founding and settlement of New Rochelle and  help fund the city's  anniversary celebration.

John Pell holding a fatted calf with a rope. “SETTLED 1688 INCORPORATED 1899” is located just beneath the upper border. “NEW ROCHELLE NEW YORK” is inscribed below the calf. The designer's initials are in the lower right field.

A fleur-de-lis at center, with date 1938 below, just above the denomination.

25,000 half dollars were struck at the Philadelphia Mint for sale to the public. Sales were modest and 9,749 pieces were returned to the Mint to be melted. 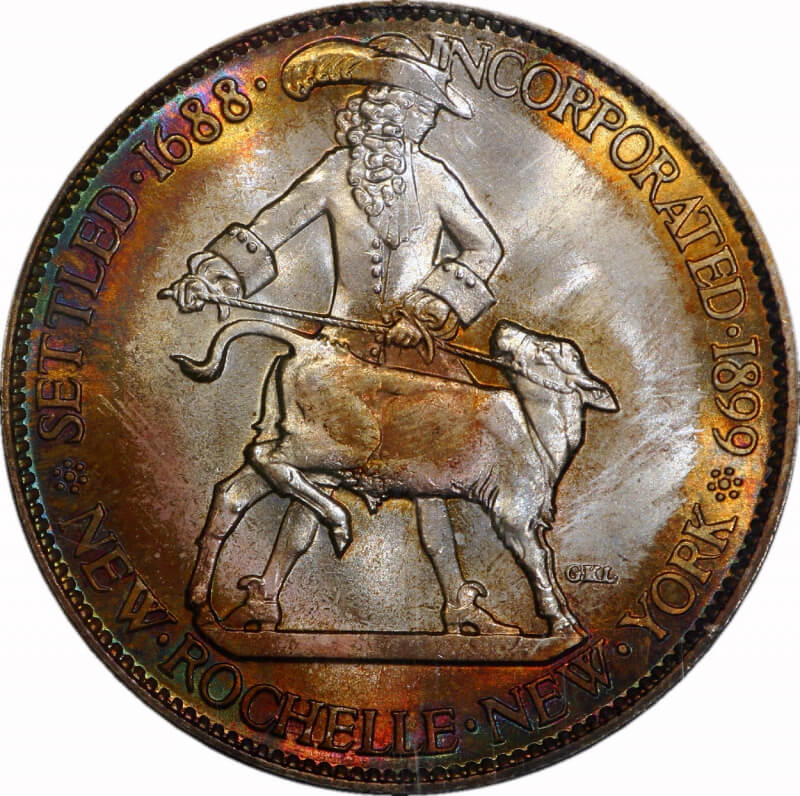 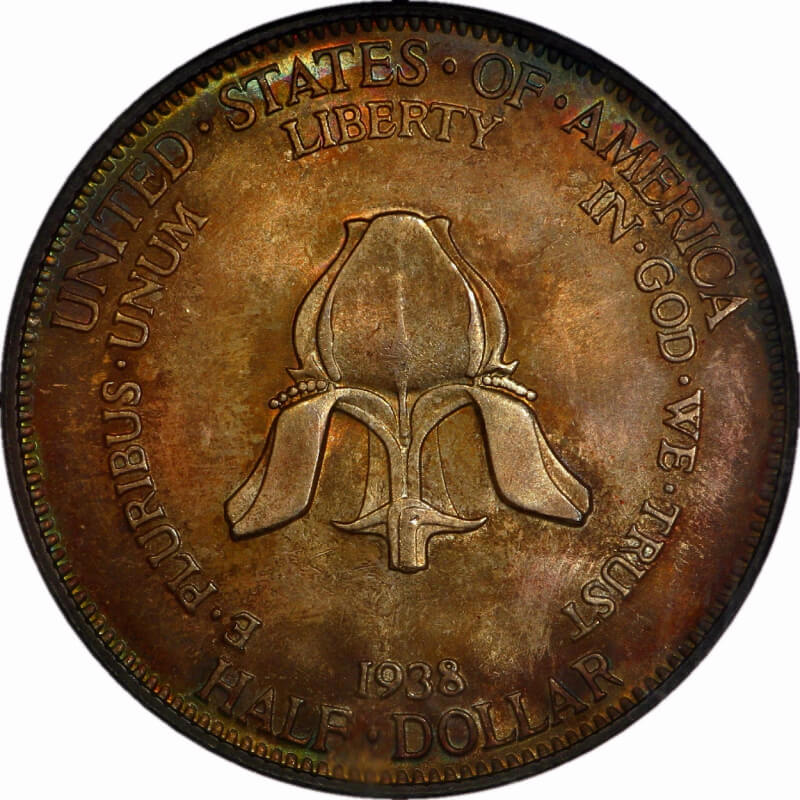