To perpetuate the teachings of Booker T. Washington, and to provide funds to purchase, construct, and maintain memorials to his memory.

Three-quarter bust of Booker T. Washington. His name is underneath the bust at the bottom of the coin. The date is located in the left field.

The Hall of Fame for Great Americans. Below the building is a depiction of the cabin in which Washington was born. Between the two structures is the inscription “FROM SLAVE CABIN TO HALL OF FAME.” “FRANKLIN COUNTY,VA” is located in the right field by the cabin. “BOOKER T. WASHINGTON MEMORIAL” is just inside the rim.

Up From Slavery by Booker T. Washington 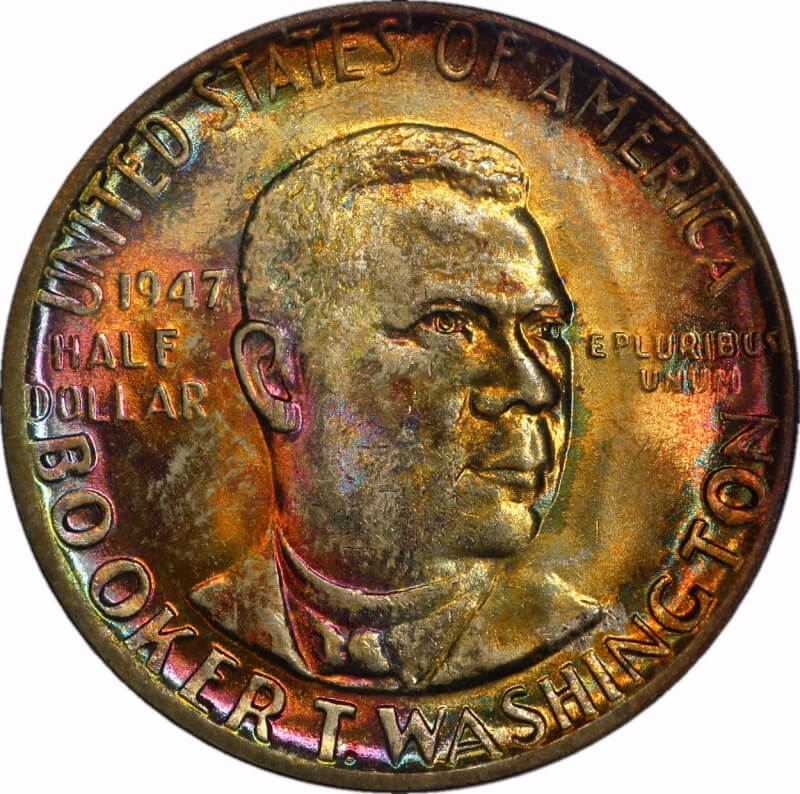 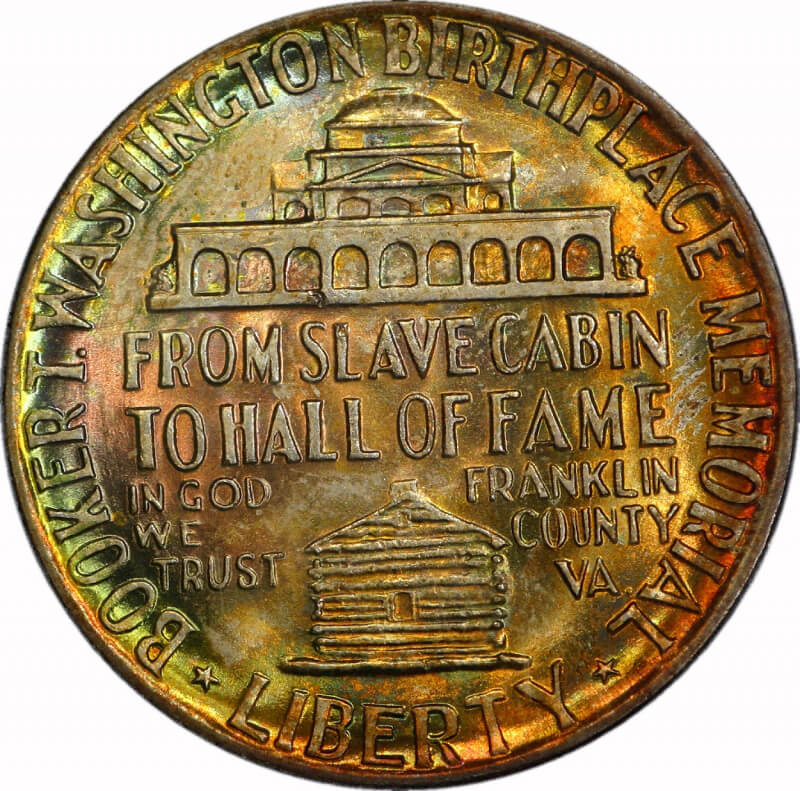