To commemorate the 100th anniversary of Iowa's statehood and help  finance the Centennial Memorial Fund.

The Old Stone Capitol in Iowa City with a cloud formation in the background. Below the building is the inscription “THE OLD STONE CAPITOL IOWA CITY.” The designer's initials are located near the building's lower right corner.

An eagle with outstretched wings holding a ribbon in its beak. The ribbon reads: “OUR LIBERTIES WE PRIZE AND OUR RIGHTS WE WILL MANTAIN.” Between the eagle's wings are 29 stars, indicating that Iowa was the 29th state admitted into the Union. “IOWA STATEHOOD CENTENNIAL 1846-1946” surrounds a beaded circle.

100,000 dollars were struck for sale to the public. It is estimated that 85,000 of the 100,000 coins were sold by distributing banks within Iowa. 5,000 coins plus any unsold were made available for out-of-state sales. 500 coins were set aside for the state's sesquicentennial in 1946 and another 500 for distribution during Iowa's bicentennial in 2046. No coins were returned to the Mint. 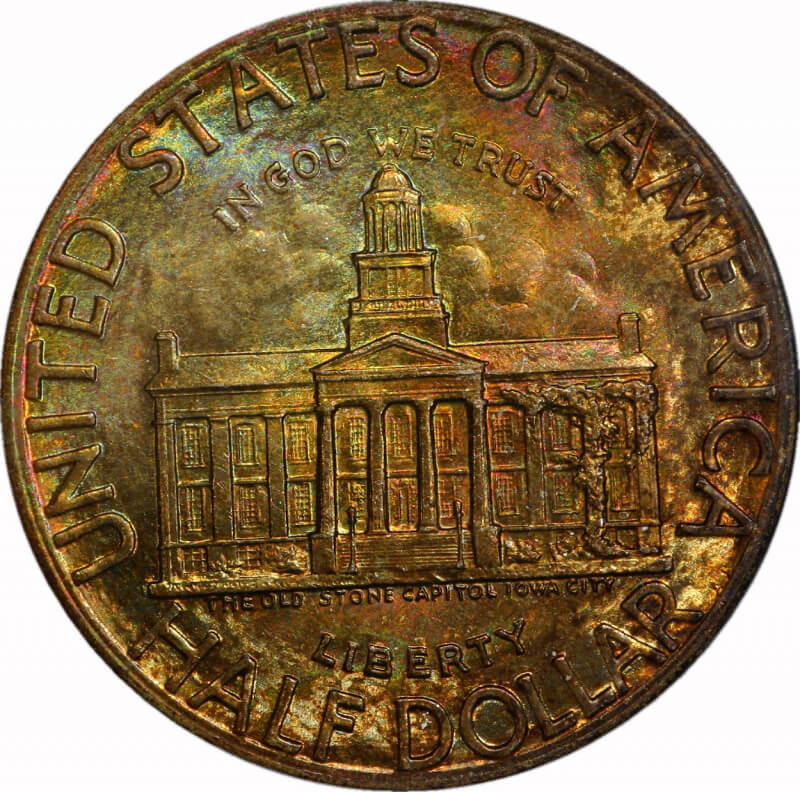 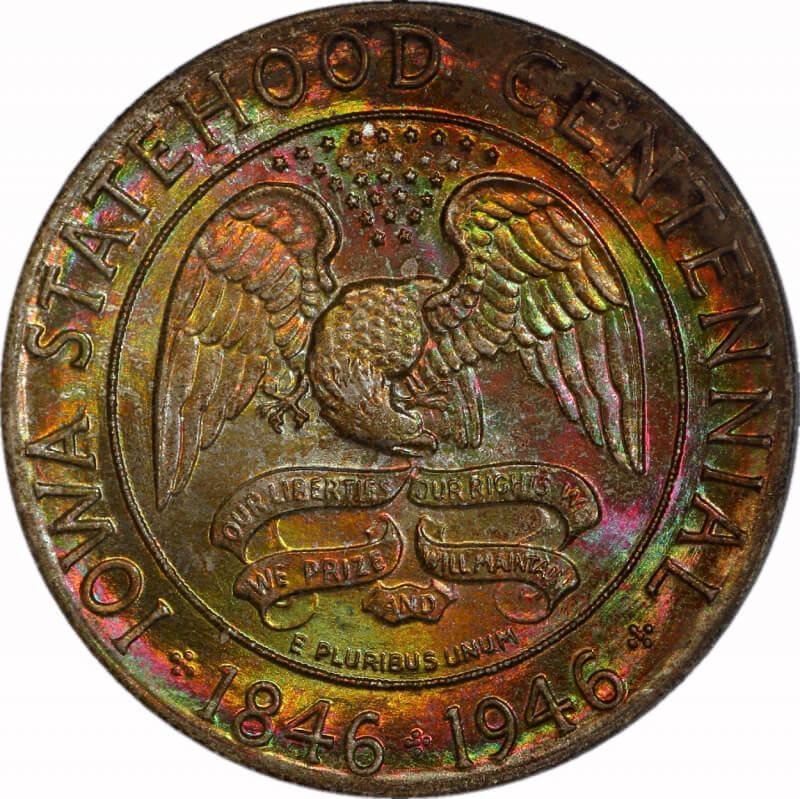