To commemorate the lives of Booker T. Washington and George Washington Carver and “to oppose the spread of Communism among Negroes, in the interest of the national defense.”

Busts of George Washington Carver and Booker Taliaferro Washington. Their names and the coin's denomination surround the images.

A map of the United States. “U.S.A” is superimposed on the map. “FREEDOM AND OPPORTUNITY FOR ALL” and “AMERICANISM” separated by two stars surround the map. 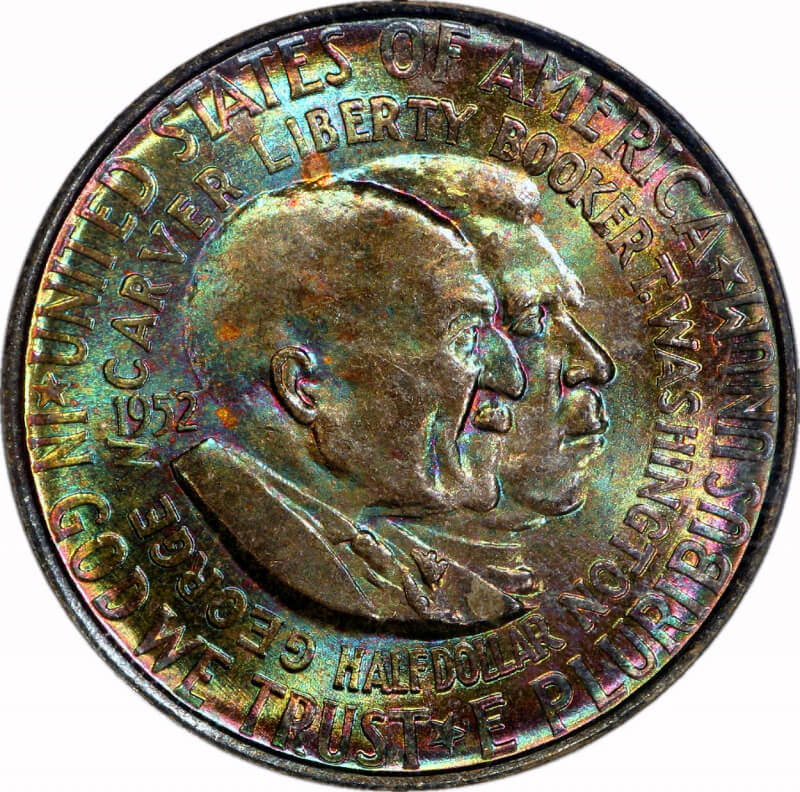 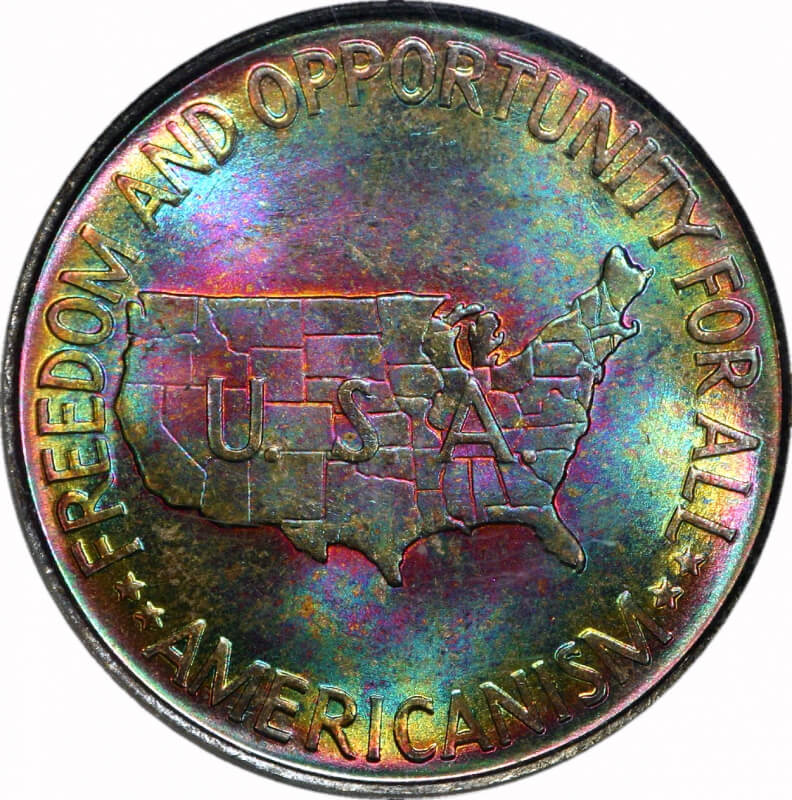