Within hours of receiving the news that the Revolutionary War had been won, the United States ordered its first coin to be struck.

On Sunday, March 23, 1783, a French naval cutter made its way up the Delaware River, dropping anchor south of Independence Hall in Philadelphia. The aptly named Le Triomphe had set sail from Cadiz 36 days earlier, carrying news that Great Britain recognized the sovereignty of the United States. American independence had become a reality. 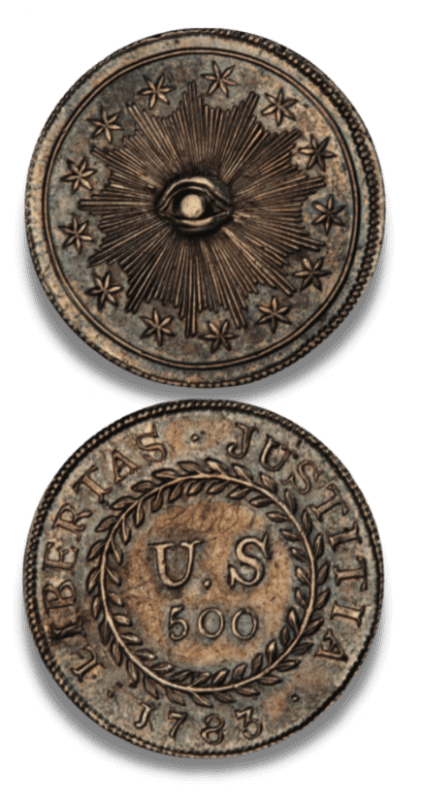 Reports that the war was over soon found their way to Superintendent of Finance Robert Morris, the nation’s chief executive and undoubtedly the most powerful man in Confederation-era North America. That evening, the financier was dining with John Barker Church, a successful merchant and brother-in-law to Alexander Hamilton. Church dashed off a letter to a business associate, recording that the news was first delivered to Morris at 6:20 p.m., writing, “Ten minutes since the Captn. Of the Hyder Ally came to Morris’s...with the News that a General Peace was signed on the 20th of this Month.” Morris and his friends proceeded to “Get Drunk as will many Christians who has [sic] this day been Piously Devoted.” The following morning, a jubilant Morris recorded in his diary, “Yesterday we received the glorious News that a general Peace was concluded at Paris January 20th, 1783.”

The final item in Morris’s diary on March 24—the first day that the U.S. government operated with the knowledge that the Revolutionary War had been won—may be our nation’s first sovereign act. Before leaving his office to attend one of the celebrations held that evening, the superintendent of finance recorded that he had “Issued a Warrant on Mr. Swanwick in favor of B. Dudley £3.0.0.”

“B. Dudley” refers to Benjamin Dudley, a mechanic who had been hired by the United States to construct a mint for the new government, and the modest sum of £3 (the equivalent of eight Spanish silver dollars) was the final payment made to him before he delivered what Morris described in his diary as “the first that has been struck as an American Coin.”

[Pictured: THE 1783 PLAIN OBVERSE NOVA CONSTELLATIO—the coin that Robert Morris described as “the first that has been struck as an American Coin”—was integral in establishing the system of money that we use to this day. Photos: PCGS COINFACTS.]

CLICK BELOW TO READ FULL ARTICLE FROM THE NUMISMATIST. 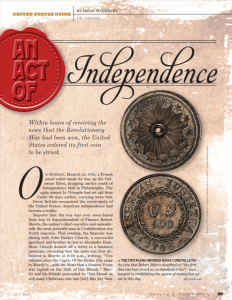 Enjoy the complete article from The Numismatist. 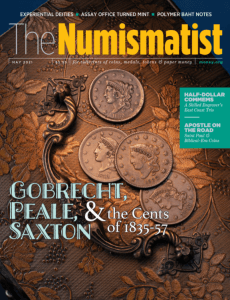 Learn how you can subscribe to the hobby's premier publication. Digital and print options are available.