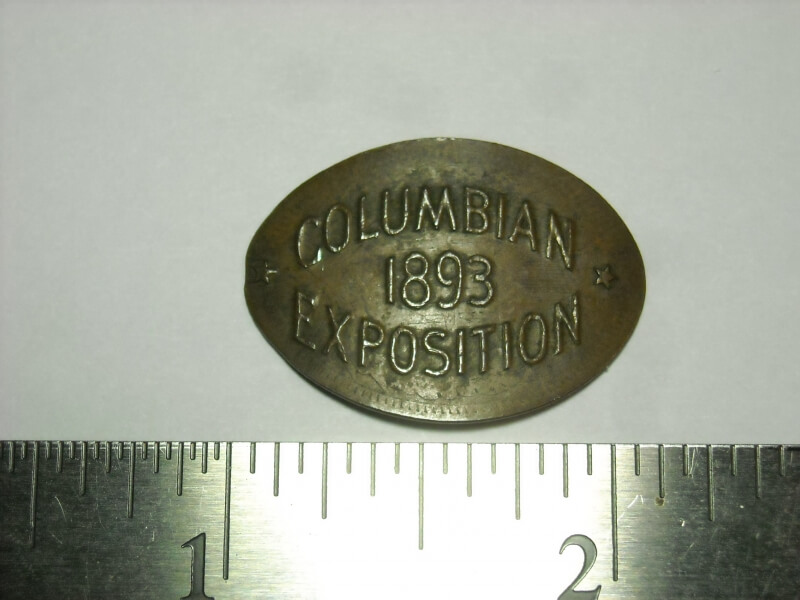 Today’s modern Elongated cents (also known as pressed pennies, squashed cents, rolled cents and many other names), can trace their history to an innovation at the 1893 World’s Columbian Exposition held in Chicago.

As stated by Angelo Rosato in his book Encyclopedia of the Modern Elongated (p. 2):

·         “It was at this spectacular event, in 1893, that United States coinage was elongated in the process of rolling.  For the first time ever, publicly, for those visitors in the Electricity Building at the Columbian World’s Fair Exposition, the [sic] American coins were intentionally mutilated for the purpose of souvenir specimens commemorating the celebration; an event which in effect opened a whole new facet in numismatics history.  And, as a matter of fact, these rolled-out keepsakes were the first ever to be given full recognition and recorded in a numismatic bulletin. In 1894, appearing in the American Journal of Numismatics, Vol. 28, pages 65 and 67 (Jan., April 1894)…”

The Elongated coins shown in this exhibit are from the 1893 World’s Columbian Exposition, the earliest documented Elongated coins.  The innovation of the unknown entrepreneur that had the idea to take an existing rolling machine, machine a simple design (COLUMBIAN 1893 EXPOSITION) on a roller, and charge a nominal amount to create a new type of collectable souvenir, is genius.

A whole new numismatic collecting field was created, and is growing even today.  You can find Elongated Rolling Machines at most tourist attractions (museums, zoos, theme parks, etc.) not only in the U.S., but in other counties around the world.

The Photo 2 below is of Mr. Ray Dillard, a member of The Elongated Collectors, operating a simple rolling machine with one design to produce an Elongated cent.  This rolling machine is similar to the type used at the 1893 World’s Columbian Exposition. 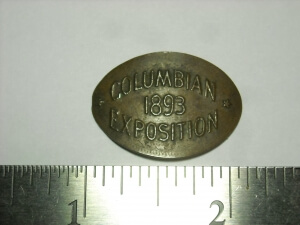 The most common coin used to be “rolled” was the cent; this is based on the number of surviving Elongated coins from the 1893 World’s Columbian Exposition. 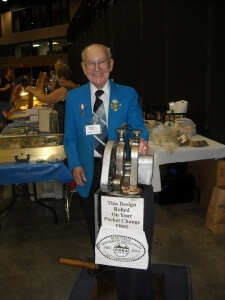 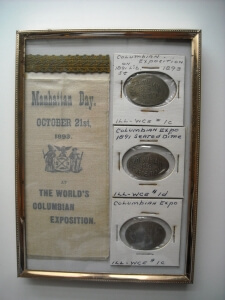 I know collectors like these coins. And I know there are a lot of different versions. I just wish I could get into them. I don't get it. There hard to store. You destroy a coin. And I don't know if there worth anything. Thanks anyway. Mike.

Now that is great history!

I never knew that!

Very interesting. I have two Liberty Nickels from this Exposition that will be going to the ANA next week to have NGC grade them.

The is great information . Thank you