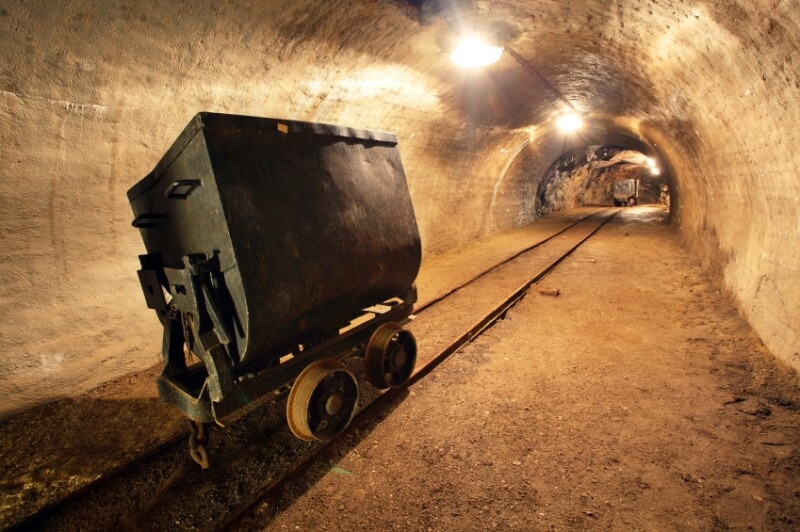 There are many reasons to invest in Gold. You’ve probably bought gold because it serves as a great hedge against inflation, powerful retirement investment or volatility dampener in your IRA. Maybe also, because you realize it will be almost impossible for governments to escape the consequences of all the debt they’ve amassed. You may also hold gold because you have little faith that politicians will be able to create a realistic strategy to avoid the myriad of monetary, fiscal or economic crises that may arise. Gold serves as a safe haven for millions of investors across the globe.

All of these are valid reasons to hold gold in your portfolio at this time. If you hold physical gold, you surely want to keep an eye on the price of gold. One factor that you could overlook when considering an investment in gold, may serve as the driving force for gold prices in the near future: the cost of mining. It is important to understand how the cost of mining affects the price of gold.

Major players in worldwide gold mining include China, South Africa, the United States, Australia, the Russian Federation and Peru. The world’s gold production affects the price of gold. As the price of gold nears its cost of production, the profitability of mining gold shrinks. The average industry cost of production is $1,200 per ounce, according to The World Gold Council, which cited recent Thomson Reuters data.About 30 percent of the gold mining industry becomes unprofitable if prices fall below $1200, the council estimates. When gold dips below that threshold for a sustained period, gold mining companies face serious problems.

Gold producers don’t operate in a vacuum. If the price of their product falls, they’ve got to make some adjustments. Those adjustments, more often than not, result in lower production, delayed new mine development, and cuts in exploration budgets.

The response is industrywide. Gold-mining companies must cut spending, sell assets and rework mine plans to lower costs and focus on their most profitable production activities. But more modest production from gold miners amid heavy expenses is not a new issue.

It should be pointed out that there are already some companies that have been laying off workers and postponing development projects with gold prices in the 1200-1300 range (El Dorado Gold) This will be further exacerbated by any additional decline in prices.

Many operating mines, in spite of large reserves, project that they will be forced to close if the gold price falls to the $1,100 level.

The impact on development and exploration projects is even greater because it’s easy to postpone construction on tomorrow’s new mine when you’re worried about cash flow today.

The industry is also reportedly beset by a shortage of qualified mining engineers. The increased fixed costs for workers are actually rising quite significantly while gold prices have fallen, adding more pressure to miners’ operations.

Logically, if there are fewer mines, miners and projects, global output falls.

WHAT IT MEANS FOR YOU

Though few analysts discuss it, a supply shortage is one very compelling reason to own gold at this time. Unless several critical factors reverse course, a supply shortage would support an increase for the price of gold. While lower prices are not what you want as a gold investor, they are positive for the long term. It’s an unfortunate reality but when gold mining companies are forced to cut costs the industry manages itself better, businesses run more efficiently and leadership becomes more disciplined. Gold prices should start to stabilize once there’s a significant reduction in supply as miners cut back.

There are a few forces that are combining to diminish gold supply. The diminished supply will, sooner or later, impact the gold market in several positive ways. As these forces make their impact, you’ll want to make sure you’ve already built a substantial position in physical bullion.

Click here To learn more about building a position in physical bullion to protect your investment assets and take advantage of present investment opportunities.

Thanks for all your information. However gold is not the only investment out there. You understand of course that silver and gold are tied in with the market. When the market is doing well gold and silver drop. So in fact your playing the market depending on what type of gold your buying. If other countries believe in the dollar they both will drop. Been watching for years. Seen silver drop from 49.00 an ounce down to 14.00 an ounce. Seen gold drop to. So I guess this is not about coin collecting but investing. Sorry I'm a collector. But again thanks

I heard that gold is not the best for investments.

This was a really good article. I am like Doc, the budiet is limited but I want to make it work for me.

Interesting article. I look forward to additional articles. I am on a limited budget but am reading and trying to get into gold purchases.

Agreed, interesting. Thanks for sharing.