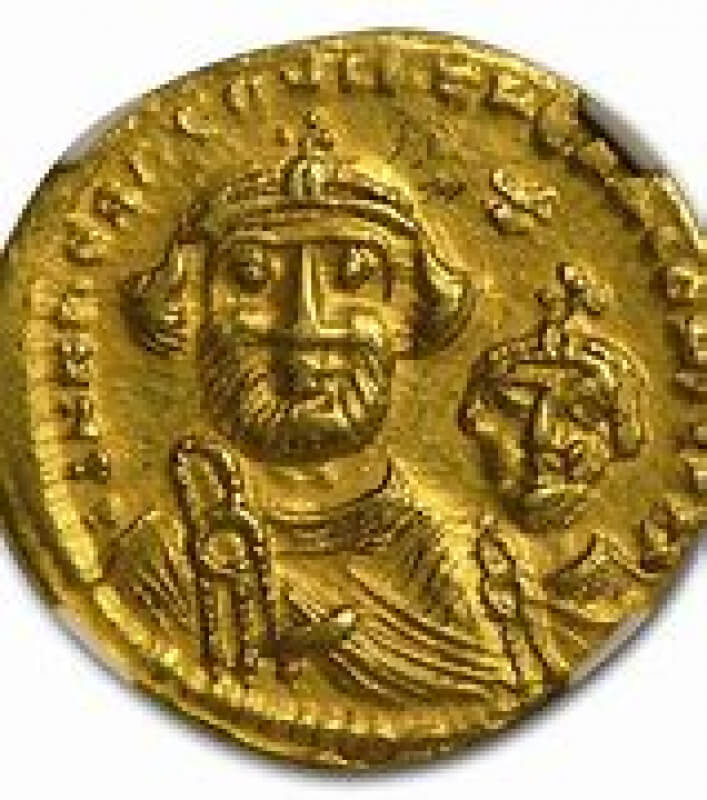 Today, I will be starting a new blog series. This one will be called the Coins of the Great Empires, and in each blog, I will cover the coins of specific empires from history, such as the Ottomans, Napoleonic France, Austria-Hungary, the German Empire, and today's subject, Byzantium. I have also changed the titles of my Russian Empire and Roman Empire blogs to fit with this new series.

The Byzantine Empire, also known as the Eastern Roman Empire or Byzantium, was a continuation of the Roman Empire based in Constantinople (today known as Istanbul). It was founded by Constantine the Great around 395 AD and collapsed in 1453 when the Ottomans conquered Constantinople and seized the rest of Byzantine land. The Empire of Trebizond, which broke away from Byzantium and stayed independent, was believed to be de-facto Byzantium, was soon conquered by the Ottomans. This event destroyed the idea of a united Eastern Orthodox Turkish empire. The Byzantines were revolutionary in art, science, architecture, and, of course, coins. Now, enough with my history lesson. Let's talk about coins.

Byzantine coins are popular among collectors, whether they were minted during the reign of Constantine I or Constantine XI. But before I go into different emperors and specifics, I need to explain the monetary systems. The Byzantines used 5 different monetary systems. The first was the First Solidis Nomisma. It is so incredibly complicated that I can't explain it here. I guess that's why they changed their monetary system to the Second Solidis Nomisma in the year 720. This one is simpler: 1 Solidus Nomisma (or Histamenon) = 4 Tetartera = 12 Miliaresia = 288 Follis. Their third system, the First Hyperpyron Nomisima, was very similar: 1 Hyperpyron Nomisma = 3 Aspra Trachy Nomisma = 48 Aspra Trachy Stamena = 864 Tetartera. Their fourth system, the Second Hyperpyron Nomisima, was basically the First Hyperpyron Nomisima with some minor changes (let's give it up for the Byzantines here: such creative names and inventive economic adjustments). Their fifth and final system was the Silver Hyperpyron. 1 Hyperpyron = 2 Stavrata = 16 Doucatopoula = 192 Tournesia = 576 Follari.

Ok. I'm glad that's over. I hate math. Byzantine coins have many different images on them, from religious symbols to imperial ones. Most early Byzantine coins (pre-Justinian II) had the bust of the emperor on the obverse and a religious symbol on the reverse (like a cross or an angel). When Justinian II assumed the throne, he changed things. Instead of putting himself on the obverse and a symbol on the reverse, he put a traditional Eastern Orthodox image of Jesus Christ on the obverse and a bust of himself on the reverse. This style was used until the end of the Byzantine empire (coins minted to celebrate and commemorate important events being the outliers). Interestingly, the Byzantine coins inspired Umayyad Caliph Abd al-Malik to do something similar, replacing Orthodox symbols with the Islamic equivalents.

There is not a specific coin I would like to talk about in this blog. I could write so much about the coins of the Byzantine empire because there is so much out there. In fact, while researching this, I found so much information on this broad topic that I could make an entire blog series on the eras of Byzantine coins (Same with my blog about Rome. There is so much depth on these I might have to do a part 2! If I did that, I could talk more about the "Byzantine Commemoratives", the coin designs, and how the First Solidis Nomisima and the Roman coin systems worked.). I guess I might do that at some point. Thanks for reading and see you next time! (One more note: I was listening to Byzantine music for inspiration for this blog and it was surprisingly good :) )

Great information. I learned a lot.

I enjoyed this very much. A great topic to write on. The best part you write it in your own words. There the best blogs. Those with just stats tell me they didn't write it. Yours you can tell. Your knowledge is great on these. Thanks fro sharing it with us. Much appreciated!! Mike

Great research! Looking forward to your next blog in the series! ; )

Great blog! Glad to have you back!

Great blog theme. You picked the perfect coinage to begin with. Enjoyed the read!