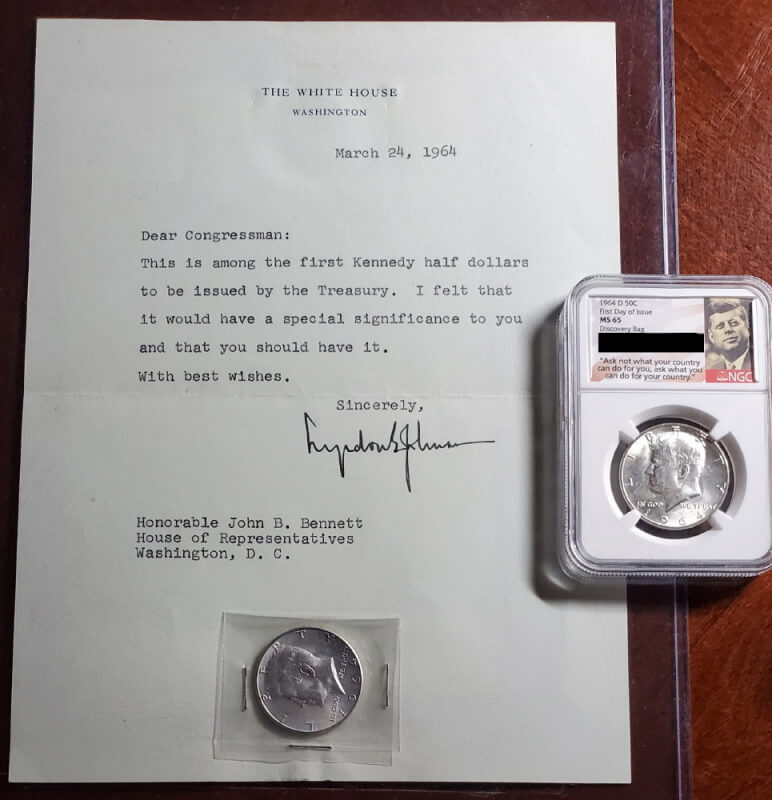 I created a unique 1964 First Day of Issue (FDOI) pair of Kennedy half dollars, one each from the Philadelphia Mint and Denver Mint.

Neat pieces, if I may ask how did you come about the letter with half dollar attached?

The letter was purchased at auction. I've seen several of these gift sets before. Search "Unsung first day issues", this should intrigue you

Very nice presentation of a hugely popular coin. I'm still searching for the 2014 w gold at a reasonable price. Not easy.

Me too, should have bought it when I bought the four set in silver.

That one was from the bag R.Tomaska and the head on N.G.C. opened . I watched it. He didn't get the quality he thought he would get I think there was one MS 68. The rest were basically 65 and 64. I believe Johnson's autograph is worth more than the half.!. I do believe Bennett passed in 2003.