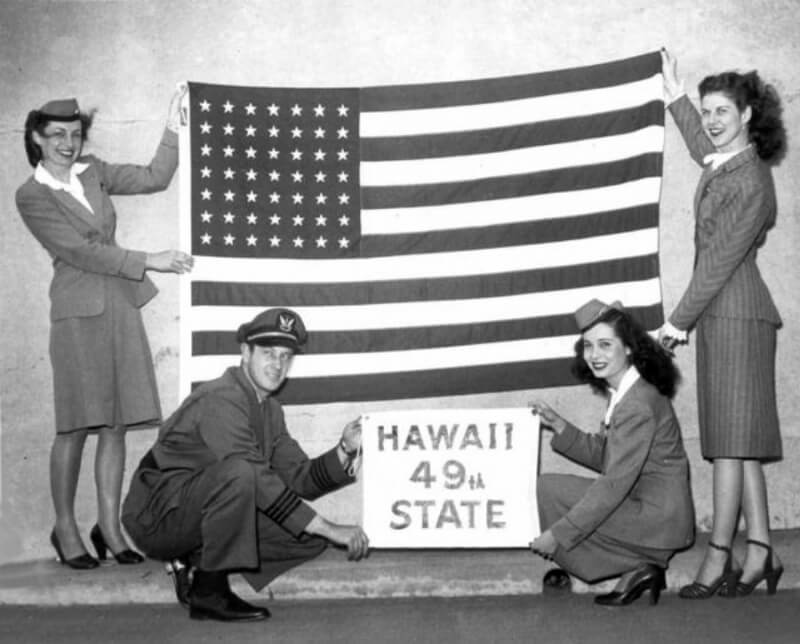 05 Jan 2017
One of my passions is Hawaii statehood medals,which includes the Hawaii the 49th state medals!

There was a period of time where many individuals and organizations believed Hawaii was to be the 49th State.

Today, there are numismatic reminders of this period: So-Called Dollars HK-722 (nickel-silver), HK-722a (bright bronze), and HK-722b (antique bronze) varieties. These So-Called Dollars is available in two forms (if you can find them): Original and Holed.

I believed holed specimens were created after President Dwight D. Eisenhower signed the Alaska Statehood Act on July 7, 1958 allowing Alaska to become the 49th state on January 3. 1959. The holed specimens were in reaction to this event and was one method to physically obliviate Hawaii's 49th state bid from the medal (the other was to destroy the medal in its entirety). But why waste a medal? Just drill a hole to remove the 49th...

Original unholed specimens are a rarity. So much so that in the Hibler Kappen book, So-Called Dollars: An Illustrated Standard Catalog, its HK-722 plate "con" is a holed specimen.

In my included images, you will see an image with 5 specimens in my collection:

Unfortunately, my original HK-722b received a NGC Details grade due to surface damage from bronze disease.

Another interesting image is the original printing of the Hawaii 49th State brochure in my Hawaii statehood collection. I've only seen one other copy and it was in the National Archives. (link to the copy)

another nice article. Glad you have such a passion for research.

I completely enjoyed your blog. That is an interesting part of Hawaii's history that I never knew about.

Thanks for the history lesson. Good work!

Interesting piece of history that I'd I never heard. You said that your original HK-722b had bronze disease. I've never heard of that either. What is it?

Bronze disease - If left untreated will destroy the medal. It's a corrosion process which erodes copper from the medal and leaving pits covered by masses of corrosion byproducts.

The Deluxe Red book has a whole section dedicated to so called dollars. There interesting I own a couple. Thanks for the information.

I did not know that Hawaii could have been #49, ahead of Alaska. Your research is superb. Great deal of history here. It's obvious you love Hawaii. Well, who wouldn't?!