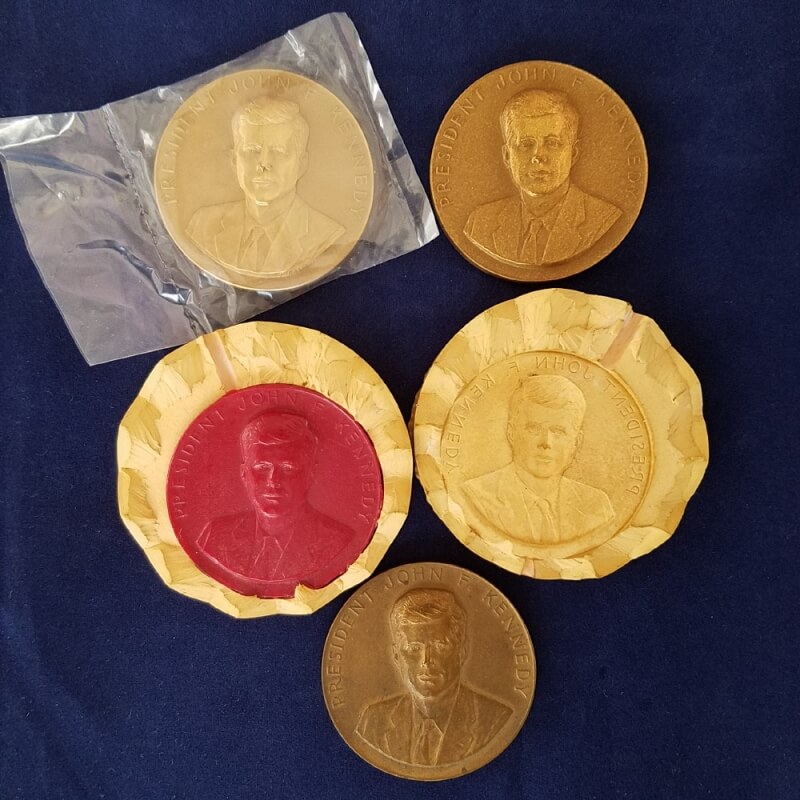 08 Jan 2017
Collectors of John F. Kennedy memorabilia should recognize the name Robert L. White. His name is synonymous as the owner/collector of the most significant private collection of artifacts and documents relating to and/or belonging to the late President John F. Kennedy. His collection was greeted with controversy when items were cosigned for auction. Many of the artifacts/documents where national treasures that he either purchased from or was bequeath to him from President Kennedy's longtime personal secretary. Many of those items were returned to the Kennedy family or turned over to the National Archives. https://www.archives.gov/publications/prologue/2006/summer/camelot.html

It was astounding that I came upon a medal being offered for sale without a hint of its pedigree. The documentation that accompanied my Kennedy Appreciation Medal allowed me to make the unbelievable connection to the Robert L. White collection that was auctioned in 2005 after his death.

New naming convention --- Gomez-C5-01 (Class 5 medal with uses a single married obverse and reverse die pair). Previously JFK-C5-01. Only 300 medals were struck by the Bureau of the Mint.

Great for JFK fans. This is what happens when you keep your eyes open & you know what to look for.