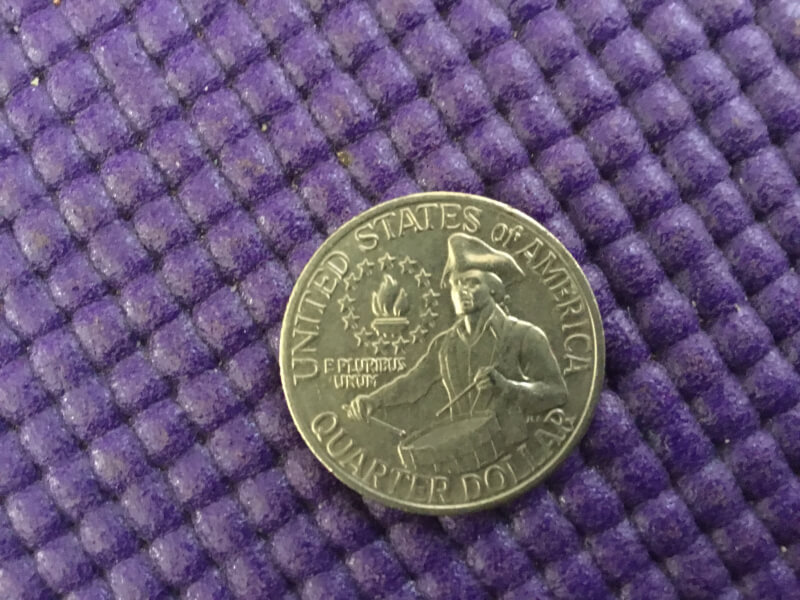 The 1976 Bicentennial was minted between 1975 and 1976, Bicentennial  means 200th year anniversary. And the United states declared independence in 1776. And the reason why there is no 1975 Quarter was because they minted the Bicentennial quarter in that time. And the U.S. Mint did not want the 1975 quarter to be a potential rare date. In 1973 The U.S. Mint held a contest for the design and the winner would receive 5000 dollars. The winner was Jack L. Ahr and created the reverse which has a military drummer and 13 stars representing the colonies. And the core of the quarter was pure copper.

Mike said it!! Best US Quarter design (albeit rivaled by the new 2022 release). I rather like the new design, although it has been knocked by most collectors. Give it a look! Catch you later!

Thank you for the information. I did not know about 1975.

Wow, I didn't know that they didn't make any 1975 dated quarters. Thanks for the info!

I agree with Mokie on the designs for that year. I purchased a set of each that year, then my insurance agent gave me a set and I ended up getting my Dads sets so I am awash in 1976 Bicentennial Coins, but I simply love em. Nice Blog, Later!

"The mint didn't want to create rare dates". Boy have things changed there. See SAE's. Nice job and great photos. I wish more YN's would include photos in their blogs. Thanks.

I have a few proof sets from then, that I ordered straight from the mint. Was so excited as a kid to be ordering the Bicentennial sets. I have a few rolls of those quarters. Will never be rare, but they are fun to save. Still see plenty of them in circulation today.

IMHO, the best of the bicentennial designs, the other two were very uninspired.