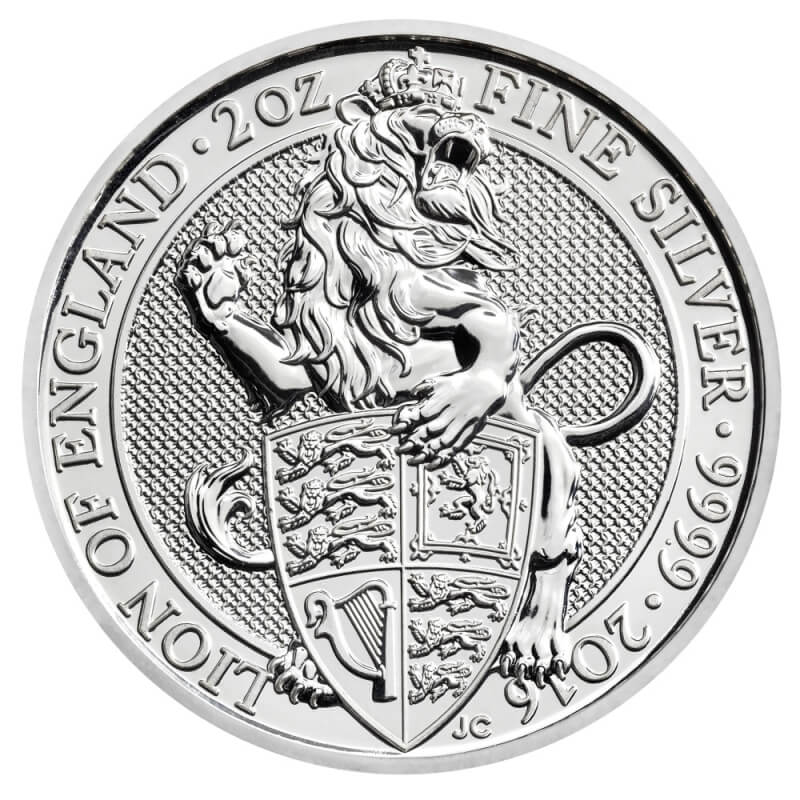 30 Apr 2017
The Queen's Beasts Series started last year and is now in full swing with two issues every year. The series is to commemorate the 10 heraldic Queen's Beasts statues present at the coronation of Queen Elizabeth II and represent the royal line of ancestry. The coins come in many different versions but for the purpose of this post we will only be talking about the two oz silver bullion version as in my opinion it is the most affordable version to buy. The coins as said before comes in 2oz silver bullion versions meaning you will only find gem unc or MS coins slabbed no proofs. You can pick up one of the three already released issues for around $60 in gem unc or $70 in MS-69 which is a bargain in my book when a 1oz Panda can cost as much as $50 in the same grade. The list below shows the three coins currently released.
2016 lion
2017 Griffin was supposed to come out dated 2016
2017 Dragon
2017 White Greyhound  is supposed to come out later this year

Wonderful coins but quite a high price.

It is but compared to the 1oz proof they are a bargain.

There is this rip off company that sells the in only five ounce coins. They charge the highest prices. The sad part they were not always like that. They won't buy the one ounce coins. They won't make money of them. The coins you own are the ones they sell in five ounces. I wanted to pick some up but when I saw there catalog I called them and gave them hell. I won't stand for these company's thinking they can charge ten and fifteen percent over everyone else. I think we should tell them. And no one please tell me about overhead. I owned a business. Take care and thanks for your kind words on my blog. You know your stuff and your steers. Mike.

Thanks Mike, I have had a few run ins with bad company's in the past but thankfully I was able to get my money back . I am also like you I don't accept the price I see until I do some shopping around.

I saw today that they releasing the lion design in 10oz silver & 1oz Platinum. Out of my price range but interesting if you are currently investing in precious metals.

It is a nice for sure.

I had to do most of my research from wiki and the bullion websites. Really no one talking about them here in the states. I love the Dragon coin to.

Those are beautiful, and a very good idea for a coin. I also like that they are two ounces, that's a chunk of silver!! Great post.

Thanks Pliny The Elder, I thought it would be nice to throw some foreign series that I am interested in to the mix with my U.S. series that I talk about.

I don't know how I missed these. Very attractive coins.

I am not quite sure why we did not have a big reveal here in the states. Maybe because they where so popular in England they did not need to look for other places to sell them.

It is an interesting series and also very good artistry.

I have loved these coins since I first saw them. I'm a huge dragon fan. Sadly I haven't purchased one yet. Definitely the dragon first! Thanks!

You are welcome, I have not purchased one yet myself waiting to get them at the Worlds Fair of Money.

There beauties but I have so many different series for me to get involved in another one at my age it would out live me! H arts a shame to I love British coinage. Thanks maybe I will pick up two or three. Thanks a lot. Mike.

You are welcome, The good thing about this series is should be complete by 2020.

Who can resist a dragon on a coin? These are nice coins, & different. Don't think I've seen much on these.