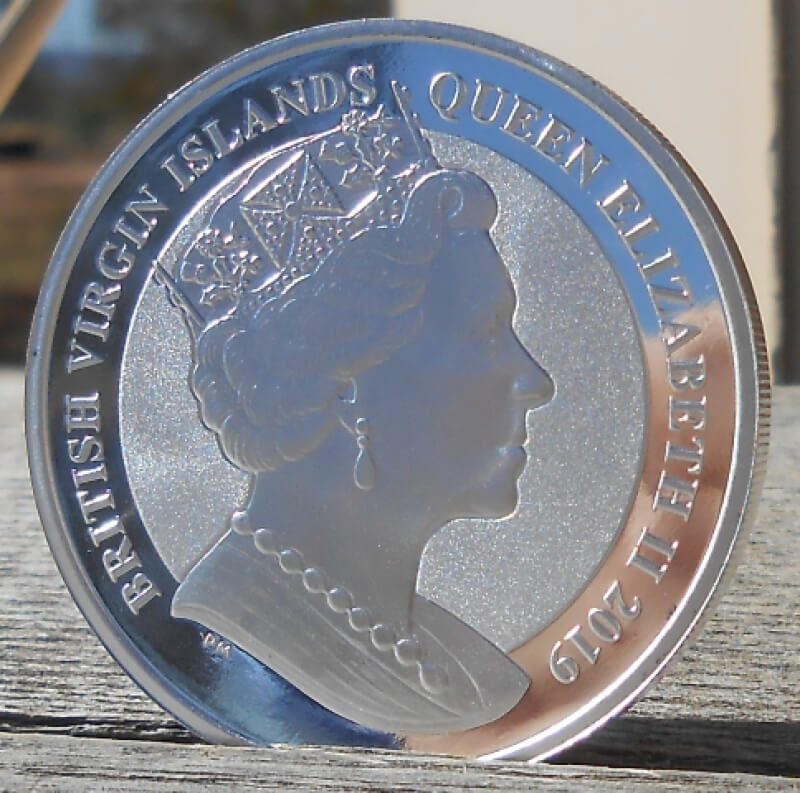 02 Mar 2019
This is my newest addition to my collection!  This coin celebrates the 200th year anniversary of the birth of Queen Victoria born on May 24th 1819 in Kensington Palace in London.  She was Queen of the United Kingdom of Great Britain and Ireland from June 20th 1837 until her death on Jan. 22nd 1901.  The reverse design was created by 19th-century numismatic sculptor William Wyon and is a rendition of the famous Edmund Spenser's poem "Faerie Queene".  It tells the story of Una and the Lion which follows Princess Una after St. George had slayed the dragon and rescued her.  The words "DIEU ET MON DROIT" meaning "God on my Right",  the motto of the British Monarch along with the year -MMXIX- are featured.  The obverse of this coin is a portrait of Her Majesty Queen Elizabeth ll, who is the great, great granddaughter of Queen Victoria.   I think that's pretty cool!  I really love this design as I think of my dog ( a giant Golden and Great Dane mix ) and myself, standing together facing all who try to enter our Kingdom...    Thanks for reading my blog!    All comments are welcomed!   ; )

Beautiful coin. Thanks for taking the time to write and share.

One of the most beautiful coins ever, Una & the Lion. Glad to see it's been reproduced. Whatever it is, it's a beauty!

I love the lion and obverse design, it was wonderfully done. What a great addition! Thanks for writing.

Nice looking coin. You have a wide range for collecting.

Its a beautiful and classic design, but what will we call the 2019 coin? It's not an original, nor is it a restrike. Its also not copy, replica, nor counterfeit. I guess there should be a "repop " or maybe "reproduction" tag. Much like our American Silver Eagle uses the Walking Liberty design. I'd like to see a more technical tag applied to coins of this category.

It's a coin struck by the British Virgin Islands using the 1839 gold British original as the design.

Oh what a cool piece. Una and the Lion is one of the most beautiful coin designs ever created. Thank You for Sharing, I may have to pick one up at ANA NMS.

Kepi, you beat me to the punch! I bought one of these several weeks ago and was planning to do a post. I still might. For now I'll ride on your post. This coin features one of my favorite all-time coinage designs. This coin is a great alternative to the 1839 gold coin that will set you back $$thousands$$.

That is a beautiful coin Kepi. I want to commend you for getting the obverse and reverse correct. I wish NGC could do that. They got one of my gold Mexican coins wrong. I even told them which is which. Back to your blog. Great history there. I never new Una and the Lion was a poem. Also Welcome to level 6! A great, hard earned accomplishment. Thanks.

Great coin and history. I like Saint George Patron Saint of Briton. Killed the bad dragon eating all the sheep. He's on a few coins in Europe. Greg coin and history. Thanks for the history I just love it thanks great blog.