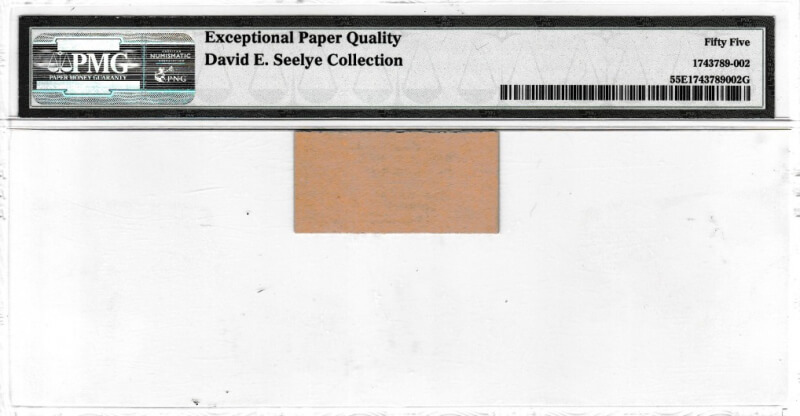 I have only been collecting POW chits for about a year. I find them amazing bits of history. My interest grew out of my MPC studies. Since my dad served in Italy during WWII and we are of Italian descent, I try to concentrate on that area but also collect others that interred Italian soldiers as well as Italian Service Units, āISUā.

The first chit is from a Maryland camp, Ft. George G. Meade. It is in the denomination of two cents. The camp was first used for Italian POWs. After May 1944, German POW's began arriving. It mostly held Wehrmact prisoners as well as a few Luftwaffe members. The camp holds the distinction of having shot and killed submarine commander Werner Henke as he was attempting to escape.

My next one I was able to purchase from Dave Franks as part of his David E Seelye collection. Mr. Franks and Mr. Seelye are the authors of a couple of excellent books covering this subject. It is a one cent chit from Camp Haan in CA. I plan on visiting what is left of this camp as it is a couple of hours from me.

It was part of what is now March Air Reserve Base. This camp held German POWs and Italian Service Units or "ISU". ISUs were camps that prior to Italy's surrender, held Italian POWs. After the surrender the men were allowed to join the ISU. That meant they could do some war related work and were paid more, in chits, than they were as POWs. This also came with more freedom. Some of the Camps paid out cash as these men were no longer prisoners of war. Many stayed in the USA after the war.

My last piece is a different spin on these chits. It is from a camp in Italy that held Allied POWs. It is a two Lire note from Camp 53 in Sforzacosta Macerata in Italy. I have added the rough translations for the reader. I try to collect these chits in circulated condition. It, quite literally is āHistory In Your Handsā. Someone held and used these chits. Imagine!

These are very cool and thanks for sharing and providing interpretation. I just started reading the new book you reference as being a military brat I find them as interesting as MPC. Currently the only chit I own came from the POW camp in Mexia, unless you are from this part of Texas you will probably pronounce it wrong, which house a large group of Rommel's best captured as he was flown back to Berlin. Like you I have been meaning to go to the site to see it in person and with Covid restrictions lifted hopefully the museum is open. As for March AFB I have a high school friend who is still stationed there.

Thanks @Longstrider! Interesting blog on a topic I had no knowledge about.

This is really interesting John, thanks!

Great history on some fine specimens. Having them graded not only ups the value, it protects them for many years to come. Well done.

Great blog! I was not aware of this part of the hobby.

Awesome collection and area to collect. Very interesting. Thanks

This collection is amazing! You can sure tell its become a passion for you. I love that you incorporate your family history in the blog. ; )

These are really cool! I loved this post and all the information you gathered.

Amazing Cuz, I think you have an excellent eye for collectibles and your latest acquisitions are always among the coolest on this forum. Thanks for sharing Paisan!!!!

Thanks for sharing your Italian Collection. Love the history information.

That's a great collection. You have done great since the last one. Good for you. I learned history today thanks to your research . That's a fine collection. You think back to who ever used it. Very enjoyable reading. They speak volumes!!