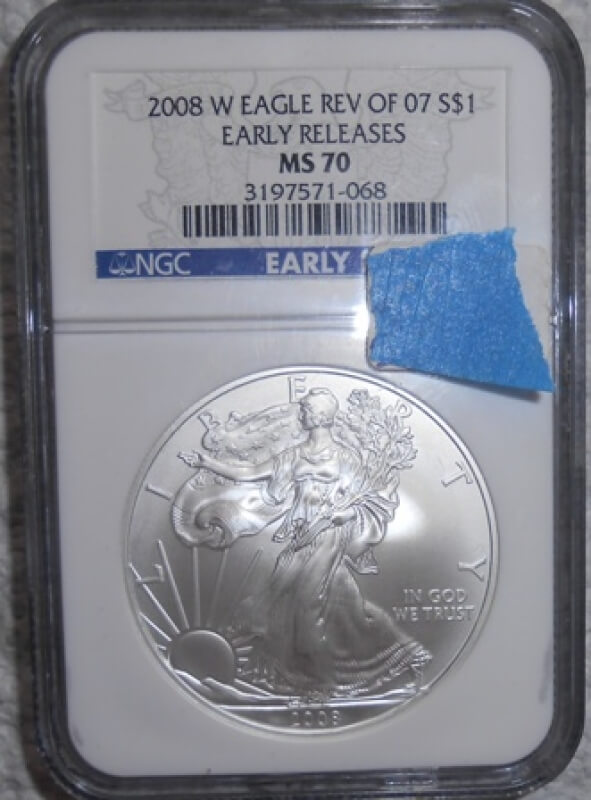 Here I have a coin that I originally bought as an investment coin. I have since fallen in love with it and hope to keep it. As you can see, it's 2008 W Silver Eagle with a Reverse of 2007. It also happens to be a MS 70 Early Release. It has a very limited run. It's estimated that only 47,000 made their way out of the mint before the mistake was discovered. The difference being the reverse dies of 2007 and earlier have a plain U in UNITED. Modified dies of 2008 and later have a small serif at the bottom right of the U. It stands out if you know what you are looking for but you have to be looking for it.