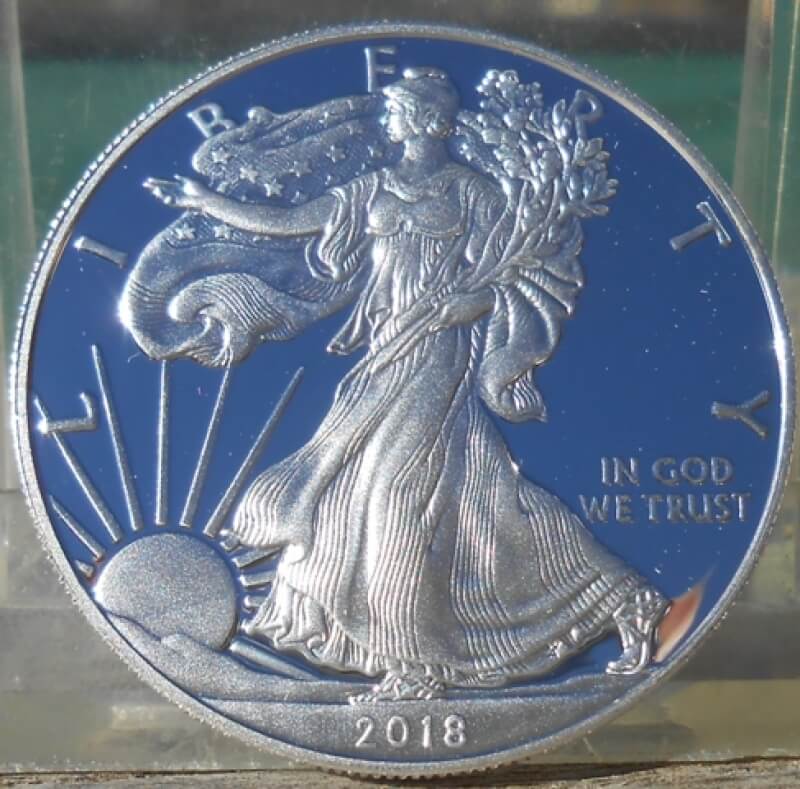 Today I would like to build on the excellent blog written by Mike 271 on 13 Sept. entitled (2018 S Mint at Philadelphia Show ANA Label). I wouldn't normally write a similar blog so soon after another member but I received Mike's O.K., also they are going to be about different aspects of the same coin. Mike wrote mostly on the great label and I totally agree with him. I am not normally a guy that buys the label however I do have some exceptions. This is one of them. Read his blog and you will understand. Don't forget to comment. 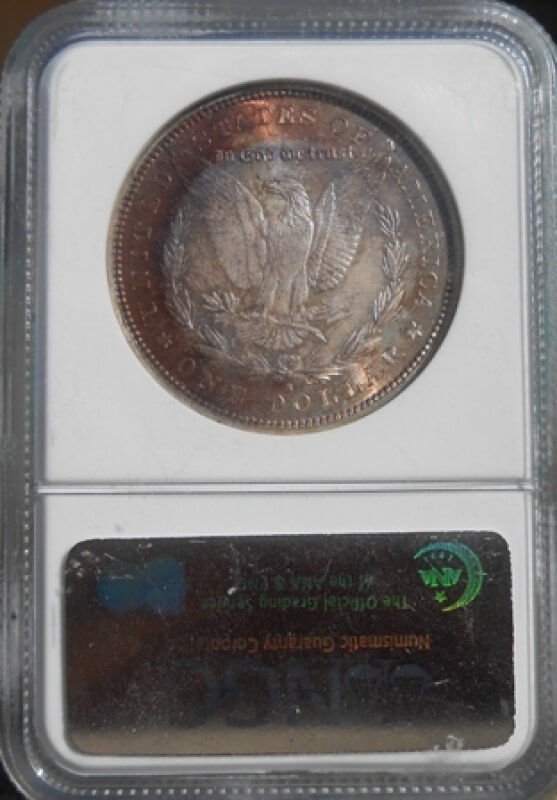 Here is a nice example of the toning progression on a silver Morgan Dollar. To start with it is a 1880-S, graded MS 63 by NGC. This is one of the most common Morgan dollars out there with a mintage of 8,900,000. I purchased this particular coin as I feel it shows how the toning on these coins, Morgans, changes with age and where it was kept. It is also unusual in that both surfaces show toning. AS is typical, but not always, this coin started toning at the edges and rim. It became darker with age and lighter as it moved towards the center of the coin. Not unlike a rainbow. I'll let the reader name the colors as it's hard to describe. My wife is a floral designer and I haven't heard of half the colors she sees! The reverse has a bulls eye pattern on it, also not uncommon. I guess I'm trying to say that a certain coin can tone many different ways based on the metal content and the environment around it and how it was stored. With so many artificially toned coins out there it is important that the buyer have some knowledge of how the coin should look. Beware the work of the "Coin Doctor"! Just to make a point on this, one of the first and still widely used as well as effective substances used to artificially tone coins is human urine.. believe me when I tell you the 'trade" has come along way from that. In closing, knowledge is power. Take some classes, read some books. A professionally slabbed coin is not a guarantee of everything is on the up and up..Not anymore.. Thanks for looking. I hope you enjoyed this enough to do some research on your own. I look forward to your comments. 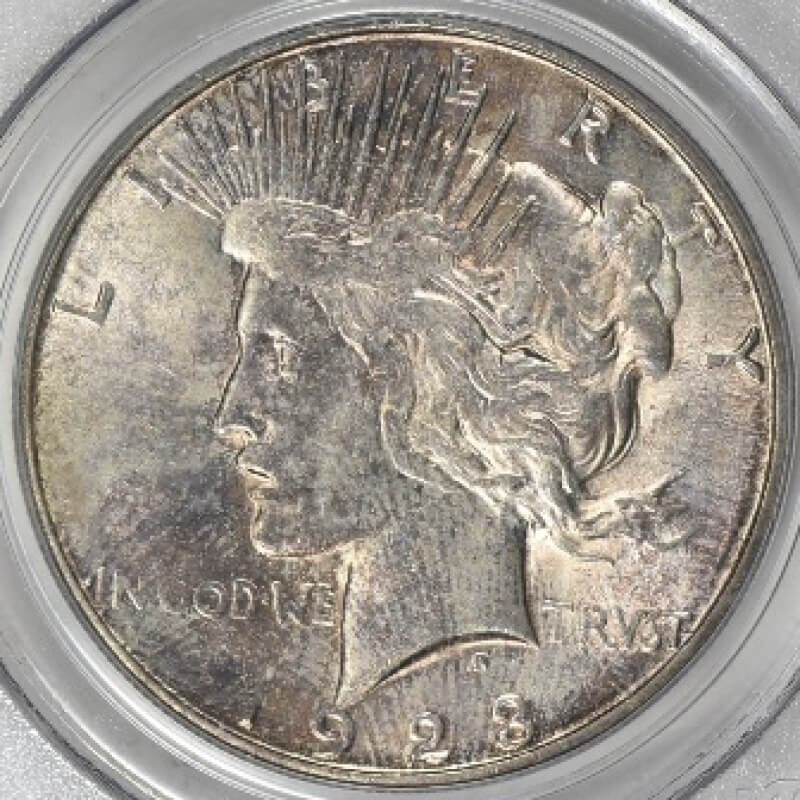 Here I have an example of my favorite silver dollars. a 1923-S Peace Dollar. This example happens to be graded AU-58. I find a nice AU generally has a better eye appeal than many MS 60-62's. Personal preference. It's hard to see in my photos but this example has nice luster and cartwheel left in it. It is also a Vam 1C. It is a bit harder to see with the naked eye than some of my examples but that means it has a pitted reverse under and above the "N" in one. It is believe this was caused by using rusted dies. Often the dies were used well past their projected life span. There are also some lesser attributes but I leave it up to the reader to research them. I also like the giant thumb print on the obverse. This coin was used as money. Not only touched with gloved hands. Imagine what it could have bought..Anyway I hope you enjoy it and I look forward to your comments. Thanks for looking!