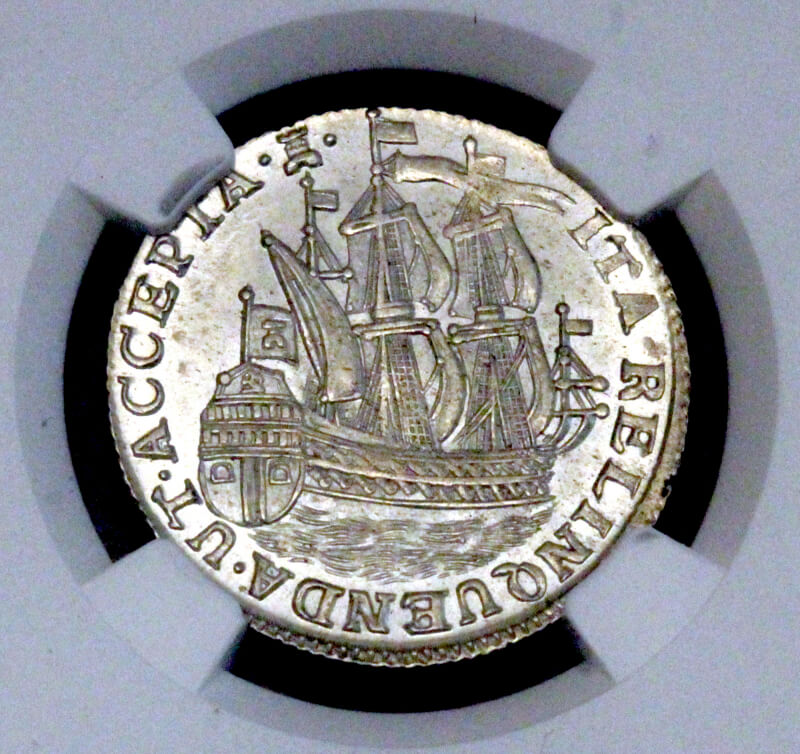 In the course of Western Civilization, the relationship between people and coinage had slowly evolved.  Both commerce and government had a stake in the valuation of coinage for both domestic and international trade, and in maintaining the standards for the composition of coins.  By the 16th, 17th and 18th centuries, technology greatly complicated this relationship as purer and plentiful sources of precious and semi-precious metals become available.  The point of the precious metal was to gain universal acceptance of the value of coins so that they can be traded as frictionless commodities in the economy.
http://www.mrbrklyn.com/images/amsterdam_2015_jan/IMG_4369.JPG
Prior to this, weight of metals were the center for the valuation of coins and scales existed on trading floors in retail markets to  settle debts.  As the states powers increasingly we able to guarantee and control the composition of coins, it allowed for trade to flourish.  And this was essential for international trade and colonial endeavors.  One had to be reasonably certain that a bag of coins in the hold of a vessel maintained there value without having to check every coin.  Eventually, this would evolve into a monetary system where the value of coinage would be almost exclusively dependent on the guarantees of government, and the move away from gold and silver standards entirely.  But this would take a few more centuries.
http://www.mrbrklyn.com/images/amsterdam_2015_jan/IMG_4374.JPG
At the center of this monetization of coinage was the Dutch Republic.  Regardless of any other political rivalries,  the burgers of the United Providences were respected and trusted for their dedication to practicality and commercial regulation.  They were far more trusted and proven than even the most powerful monarchs.  They're coinage was subject to the commercial needs of their corporations and trading fleets first and last.  And because of that, it was accepted and trusted globally.  Gold and Silver Ducats, Florins, Guilders, and Stuivers circulated freely.  This condition even continued as Dutch military power waned, and was eventually challenged by British and later US Dollars.

Because of this history, it is always interesting to review the etymology of of coins from this period, that is the 15th-18th centuries.  It reveals much history.  For example, the word Stuiver, which loosely translated incorrectly into English as "Penny", has deep origins that coalesce about the 14th century.  It represented a coin of the largest piece of silver, and the name seems to come from german origins, perhaps Stuber (a stub) which meant a truncated piece, at least according to the Meertens Instituut.  (https://dubbeltje.meertens.knaw.nl/stuiver.html)

I have particular interest in a 6 Stuiver coin from the Republic, known as a Scheepjesschelling because of its unusual design with a great sailing ship on the obverse.  The States of Holland decided to restructure silver coinage in 1670 due to the perception that to many inferior shillings were in circulation.  What is interesting is that the history of coin values at that time was such that the different coins where largely independent of each other, each having different historical origins, metal content and purity.  Guilders, Florin, Ducats, and Stuivers were more than just different denominations of the same continuity of money.  It is hard for us to grasp as today, the value of a dollar might trade up and down to a Euro or a shekel, but regardless of any inflation, the value of a dime would always be ten to the dollar.  But in Europe, during the 17th and 18th centuries, this was not the case, and monetary manipulation by the independent providences in the Dutch Republic continued.  Different measures by the Republic finally finally ended the petty devaluations and set up the Bank of Amsterdam as the first de facto modern central bank which ran Europe's reserve currency until the end of the Republic in the 1790's.

While the guilder and ducats were stabilized, it took the introduction of the 6 Stuiver/Schelling to stabilize this denomination for world trade.  They tapped the famed Daniel Drappentier, from the court of Willem, Prince of Orange-Nassau, and they leveraged the new machine coinage that was first introduced to the Dutch mint in 1670.  The silver content was standardized at 583/1000 and the coin was largely distributed for East Indian trade.  The coin was originally not even legal tender in the Republic.  In fact, shillings were largely suppressed domestically in the Republic and the coinwas largely used by the VOC in eastern trade.

Different providences minted this coin each with their own coat of arms on the reverse of the coin.  The mintage type and years are as follows:

Different providences minted different proverbs on the coins.  Zeeland had the Latin phrase, ITA RELIGQUENDA UT ACCEPTA, which translates roughly to "thus relinquished whilst accepted", a rather odd motto.  Others used the motto "VIGILATE DEO CONFIDENTES" which translated to roughly, "Viglantly Confiding in God", somewhat similar to our familiar, "In God We Trust".  Other proverbs crop up in examples to include "CONCORDIA RES PARVAE CRESCVNT", "In Harmony Business, Small things grow?", and of course the famous Dutch proverb "DEVS FORTITVDO ET SPES NOSTRA.: which translates to God is our strength and our hope.

Learning about these coins, one is lead right into the heart of the most fascinating periods of world history, both the ugly and the great.  One needs to understand the importance of the Dutch system of capitalism and how it spread world wide through its banking and cooperate enterprises.  The Dutch were the great urbanists and changed the shape of much of the world as they went along, from the establishment of New York in North America, Jakata, Taiwan, South Africa, to the construction and power of the VOC in opening Japan, China, and South East Asia for the spice trade and silks.  The Dutch East Indian Company, the VOC, was likely the largest cooperation ever created.  The Scheepjesschelling was an important part of this industrial and trading power that the Dutch created and imposed on an unsuspecting world.  Along with its use as a vehicle for international trade, the coin is a powerful propaganda tool.  The Dutch warship is clear in its message to foreign lands, European or elsewhere.  The international status of the Dutch Republic and the VOC could not be better represented and the Dutch system was one of projected power through its Navy.  And even while the Dutch Navy atrophied and the Dutch trading fleet grew, the propaganda still continued through this coin until the French invasion of the Republic in 1795. The final blow to the Dutch system came in the Fourth Anglo-Dutch War which was part of the international consequences of the American Revolution.  Dutch support for the Colonies and  recognition of the Continental Congress exposed the lack of Dutch investment in its Navy and Armies.  Within a short time, the French had invaded and imposed its on imprint on the Dutch state, ending the need for this coins propaganda.

I was lucky enough to pick up a prime example of this coin.  Its providence is from Hong Kong and purchased though an auction at Stacks.  This is the type of coin that might not have been available in this quality prior to the Intenet.  Graded as a whopping MS66, this 1762 Zeeland example is 14 years older the US republic, and the coin is superb in every way.  It's strike is nearly centered, remarkable itself for this time period, and all the details are available.  This coin has been lovingly preserved for generation, and I am very proud to have the privilege of preserving it for future generations. In my view, this is a museum quality piece, not just a conditional rarity.

I had been shopping for a good example of a Dutch coin from this period for many years.  I consider this one a bargain at its price, especially when you compare it to other coins of considerably less historical value which have souring prices based on conditional hair splitting.
http://www.mrbrklyn.com/images/israel_01_2016/IMG_6819.JPG

The format for blogs was designed by the ANA. They rely and exist purely on donations. The servers are not on the premises. It has survived us for years and we have learned from sharing the blogs and pictures we put up. . There is no changing of his blogs that are written. The important part is we do have this to share and learn. It's what we have so we make the best of it. That's all I can suggest.

I can work with any software I need to, but the tranlation of the blog on the members blog button flattens the entry and removes the paragraphing. I tend to write long entries, and it is hard to read on the front page. Once you open up the entry, it reads much better. If it only took the first papragraph and pushed it on the longer listing of entries, it would be more comprehendable. If it is not possible to adjust the software as such, then it is what it is and we will need to live with it and be happy.

Great blog, thanks I have some of these, but I didn't know a lot about them.

If you read my entry on my website, I found that the model boat at the Rijks Museum is also from Zeeland, as if that coin. It is facinating http://www.mrbrklyn.com/scheepjesschelling.html

Thank you very much!!

format makes it hard to read.

I know. http://www.mrbrklyn.com/scheepjesschelling.html try that. I think it is easier on the individual blog entry when it is opened.

A lot of info to take in

Interestingly enough, there was a lot more information to take in and this is pruned. Once you explore this coin type, you get deep into the financial history of the Dutch Republic and world financial history. You can get a PhD on that topic. I also find it interesting that this coin was created to compete with Shellings, even though it is a 6 Stiuver and it is only about 50% silver... similar to New Zealand 6 Pences of the early 20th Century :)

Thanks for the information and history! ; )

Something needs to be done about the text formating for this blog. It is just not adequate.

Awesome coin. What amazing history. Never stop learning on the blog area. Always something new to see and learn. Thanks

Great history! Since I donâ€™t collect world coins, Iâ€™m not familiar with this particular coin. Thanks for sharing it!

I seem to have wandered into world coin collecting haphazzardly. I have favorite countries, to include the Netherlands, Israel and New Zealand.

Good blog. Could you give US a bibliography? We might want to read more.