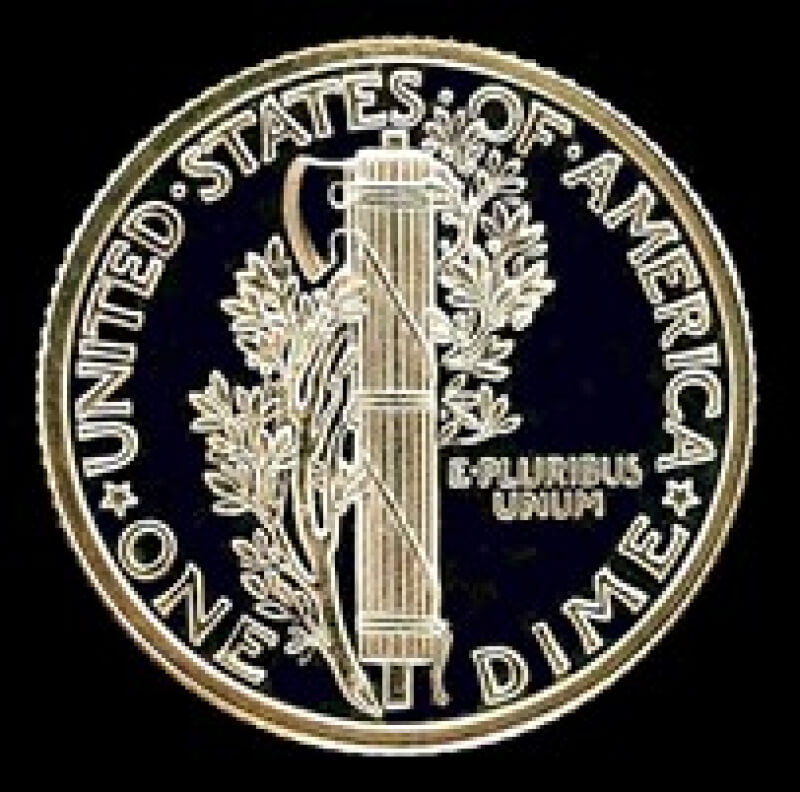 Hello and good afternoon, my fellow friends and numismatists! I trust you are all having a wonderful week.† Today's numismatic dive will be fairly longer and more in depth than most, so get comfortable, grab a snack, and let's dive into some numismatic marvels!

‚ÄúBig and Bold‚ÄĚ is the topic for this year's National Coin Week, and I wanted to take this special opportunity to share with you some insights into three coins which embody this ‚ÄúBig and Bold‚ÄĚ theme.† Seeing as how this year, 2021, is not only the 100th Anniversary of the Morgan silver dollar series, but also the beloved Eisenhower Dollar‚Äôs 50th birthday, it would be wise to include these into today's blog.† The third coin I would like to focus on is the Winged Liberty Dime, and the allegorical personification and symbolism found in the coin's masterpiece of a design.

Up to the point of introduction of the new Bland Dollar, all coins the US ever made featured a bust of a female.† Imagine the early citizens of this nation, and think about the first time they saw a lady on a US coin; and they wondered: who is she?† Finally someone said she is not a real person.† The widely separated letters slowly came together in their minds, and they reverently whispered -- ‚ÄúHer name is ‚ÄúL I B E R T Y‚ÄĚ.† The power of the symbolism touched their minds and hearts.† Liberty is a beautiful ideal for which we all strive.† Her demeanor and expressions are effective embodiments of the American patriotic spirit.† Moreover, the thought of using an allegorical personification of liberty was an incredibly genius idea.† You can attack the character of a man for political and personal reasons, but you cannot attack the character of our beloved Lady Liberty.† Lady Liberty is more than just an ideal; she is part of our national identity.† She is us -- All of us!††

When George T. Morgan designed the obverse of the Bland dollar, he chose a unique portrait of Lady Liberty using the schoolteacher Anna Wellness Williams as a model.† The look on Liberty‚Äôs face is determined, and looking towards the horizon where we can assume the sun is shining down from.† Her gaze is fixated on the sun, as she looks towards a brighter future.† To provide some context, this coin was designed near the start of the Gilded Age.† It was during this era that the so-called ‚Äúrobber-barons‚ÄĚ created a massive divide in wealth distribution, and started the trend of corrupting elections for personal gain.† The common people were very poor, and very displeased with the way the government was handling these robber-barons and their social-darwinistic views.† We can assume that the people‚Äôs emotional state weighed heavily on Morgan‚Äôs mind as he drew the designs for America‚Äôs new dollar.† Lady Liberty looking towards the sunrise is symbolic of America‚Äôs dream of moving past the major injustice they were facing.

One the reverse of the piece, Morgan made a stunning design of a courageous eagle holding arrows in its left claw, and an olive sprig in its right.† The symbolism in its claws alone could be studied for hours.† While the arrows symbolize a military might as well as a sort of threat, its right claw holds the peaceful olive branch.† Moreover, the left claw (which is commonly the non-dominant side) is the one that holds the arrows, and it is the dominant, right claw which holds the symbol of peace.† It adds a sense of harmony between the two which allows them to coexist.

Frank Gassparro‚Äôs Eisenhower dollar was the first dollar coin to be officially minted for circulation since the decommission of the Peace dollar in 1935.† The obverse features a bold design of the great general and president Dwight D. Eisenhower.† One the reverse, the design depicts an eagle holding an olive branch as it lands on the moon.† This is undoubtedly a reference to the successful Apollo 11 mission, and Armstrong's famous quote, ‚ÄúThe Eagle has landed‚ÄĚ.† Frank later explained that he used the Apollo 11 mission patch as a reference to his iconic design, and that he went through three different designs before deciding on this one.† The Eisenhower dollar is a symbol of America‚Äôs technological progress, and so beautifully portrays the American spirit.

Last but most certainly not least, we finally arrive at the Winged Liberty Dime.† While this coin deserves its own blog, I simply cannot speak about ‚ÄúBig and Bold‚ÄĚ and leave this coin by the wayside.† Commonly and incorrectly called the ‚ÄúMercury Dime‚ÄĚ, the Winged Liberty Dime does not depict a Roman god!† Weinman took inspiration in older American coinage and included an allegorical personification of Liberty as the main focus of the obverse design.† While the wings on her cap sort of resemble the wings of Mercury, Weinman actually meant for them to be a symbol of free thought.† Let us take a look at Liberty‚Äôs cap.† The Phrygian cap was used in ancient times to formally free slaves, and has since been adopted as an international symbol of liberty.† The wings on the Phrygian cap are an additional symbolism which furthers the meaning.† The wings placement near her mind creates an image of a completely free and prepared person ready to take steps forward into the future.††

The reverse of Weinman's masterpiece is an unequaled piece of art, and you can only hope to scratch the surface of the symbolism it holds.† The central device of the reverse‚Äôs design features an olive branch wrapped around an imposing fasces.† The important question is ‚Äúwhy did Weinman feel the need to incorporate both elements in the design?‚ÄĚ.† First let's identify the individual meanings.† Of course, the olive branch is a symbol of peace.† The fasces, however, is a symbol of authority.† There is a gold stater from the 1st century BC which shows Brutas being accompanied by two royal guards, each holding a fasces.† In ancient times, the fasces was the ultimate sign of respect and authority, and the axe on the end symbolized the ability to take an effective army to battle.† Now we consider the following.† What if he just drew a fasces?† When picturing this, the describing words that come to mind consist of austere, cold, cruel, and assertive.† Clearly not what America is about.† How can we make it more focused on liberty, freedom, and peace?† Lets try replacing the fasces with an olive branch.† Hmm‚Ä¶ that‚Äôs not quite right either.† This makes me think of America as wild, untamed, agricultural, and even peaceful to a flaw.† What if we add the two together? Clearly, we can see this is much better!† The harmony and interaction between devices pushes the meaning to a higher level.† It looks beautiful as if we were in a garden but structured because of the fasces.† Again, we are pushed to think about the harmony between the two symbols.† It is suggesting that without respect for authority, we would have no peace.† The olive branch even seems to be holding up the Fasces, suggesting that only a nation of peace can boast of its authority.†

I urge you to consider the truths taught in numismatics, as well as the appreciation of history and art that it inspires within us all.† Think about how your patriotic feelings are influenced by numismatics, and how it has increased your own love of liberty.† Moreover, how numismatics has made you a guardian and teacher of liberty.† This, among countless other things, is what makes numismatics the best hobby in the world.

I concur with your pasaion for numismatics

Great blog! Im wondering, where did you get those seperated Mercury/Winged Liberty reverses from? They look nice! Im guessing the 2016 gold re-releases, but i should ask you.

I put a random proof photo into photoshop and edited them out.

NICE!!! I learned something today. Thanks for your research and skillful writing.

Nice blog! Thanks for your research!

Great job. You really hit it out of the park with this one. Well done.

Good blog! Thanks for all your research! ; )

I read it twice. Don't do that to often!! Good work!

Nice blog. Thanks for a great read.

Cool. Thanks for the info, I enjoyed your blog.