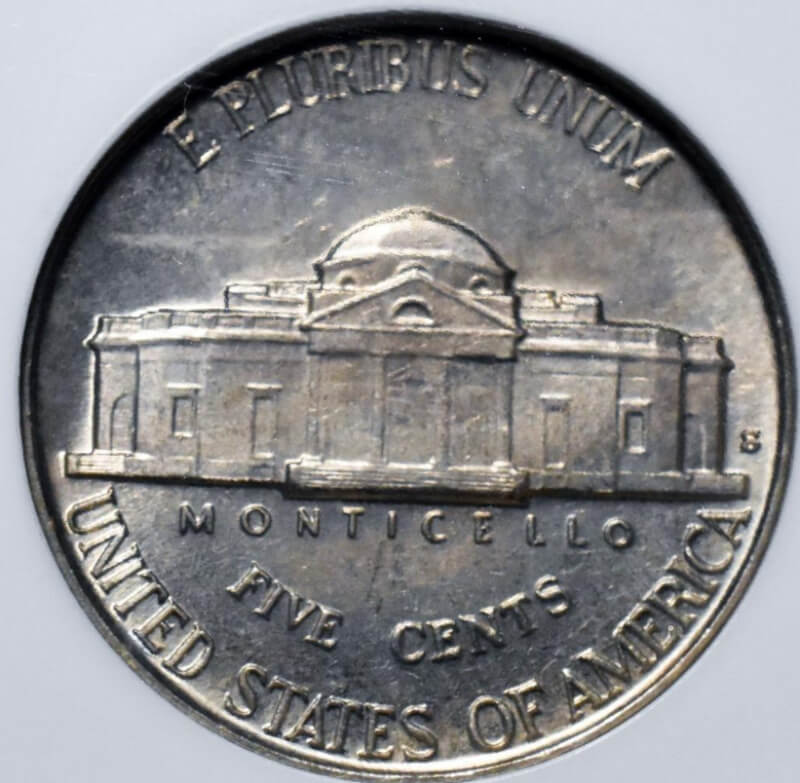 Reference:  A Guide Book of Buffalo and Jefferson Nickels by Q. David Bowers.

Great information! I learned from this today. Gotta love those ol' Buffalo Nickels! Thanks SUN! ; )

Excellent blog. I am trying to collect a date set of Jefferson Nickels NGC MS-66. Later I will try to add the varieties.

Good luck in assembling the collection

Thanks SUN. Very cool blog. I didn't know about these, VAMs, varieties. It's fun that the differences can be seen with the old eyeball. Thanks.

Great blog. I am very interested in E/V coins, bu have nener really understood these varieties, thanks for the clarification!

Two sweet Jeffersons! My impression on what to look for with the variety is the outer blocks making up railing/wall. On the 1938 it was thinner, thicker with the die refinement. If you see enough of them, it becomes clear to the naked eye. Thanks for the education on the other nickel series as well.

Always enjoyed Jefferson nickels. They have a nice look uncirculated. Didn't know anything about varieties. Thanks for the great blog. Very nice.

Nickels, so intriguing. Whether Buffalo or Jefferson, Iâ€™m always fascinated by the history behind it. Thanks for sharing this Sun.

I didn't k ow that. Thank you for a good blog and real history. Its enjoyable to read. I learned something. Thanks