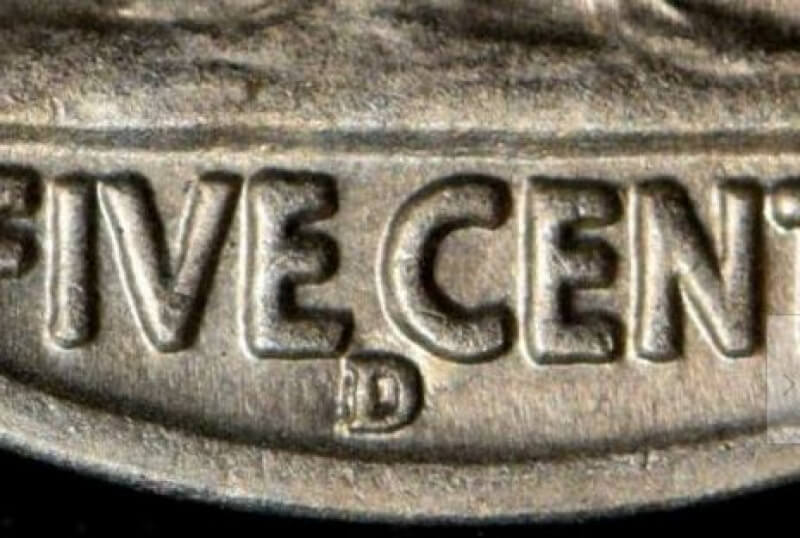 The 1938-D Buffalo Nickel is a great coin to cherrypick.  There are three known varieties  of repunched  D's.  Plus, there are six known varieties of  D over S,  Some of the D over S varieties have multiple D's.

When the D over S was discovered in 1961, it was believed to be the first over minmarked  coin in the United States.  a 1900-O/CC dollar was discovered early in the  20th century had long been forgotten.  The 1938 D/S was exciting news to collectors in the 1960's when con collecting was really taken off with people.

The Complete Guide to Buffalo Nickels by David W. Lange,

A Guide Book of Buffalo and Jefferson Nickels by Q. David Bowers.

I agree, Quintessentially American!!! Ive started collecting them raw in VF to AU and trying my hand at grading them myself. Kinda bored with coins in slabs that you can never touch. :) Great info Thanks for sharing.

The Buffalo Nickel is one of the best designed coins in American history. The heritage of the country in a quick glance and a long admiration!

What a beautiful coin!

Great post! I also believe this is one of the most iconic US coin designs, though I know some people were upset that Fraser did not include "In God We Trust' anywhere on either side; too busy of a design, no space for this motto. I remember discussing 1938-D Buff nicks with a couple of my friends a few years ago; one worked for NGC and the other worked for PCGS. They both agreed that the vast majority of these are Gem BU's or better. They said when trying to grade an uncirculated specimen, start at MS-66, and then either go up or down a point from there because so many of them (like Mike B. said) come nicely. Looks like you have a nice RPM on your coin too! -Sam Gelberd, ANA Numismatic Educator.

Well thats one xoin we both like. I call it America's coin. You show that in Eudope they know its an american coin. I loved rhe way the 1938 was hoarded . And most of them are in great shape because they were hoarded.. I love that and the 1913 real nickle. Varity one and two. Thanks i loved it all.

Very nice photos, you have a good setup. Thanks for the interesting post, I have some Buffalo Nickels like most of us, but I have never really learned much about them.

I've been buying these in bulk since before Christmas to spend during Coin Week as I did last year with Lincoln Wheat Cents. Thanks for reminding me as I've got to get busy picking out the better dates and grades. I won't bother with varieties though as this adds to the thrill of the find by some one.

Those are beautiful. I bought my wife a D/D and a D/D/D. I wish they were as nice as yours.