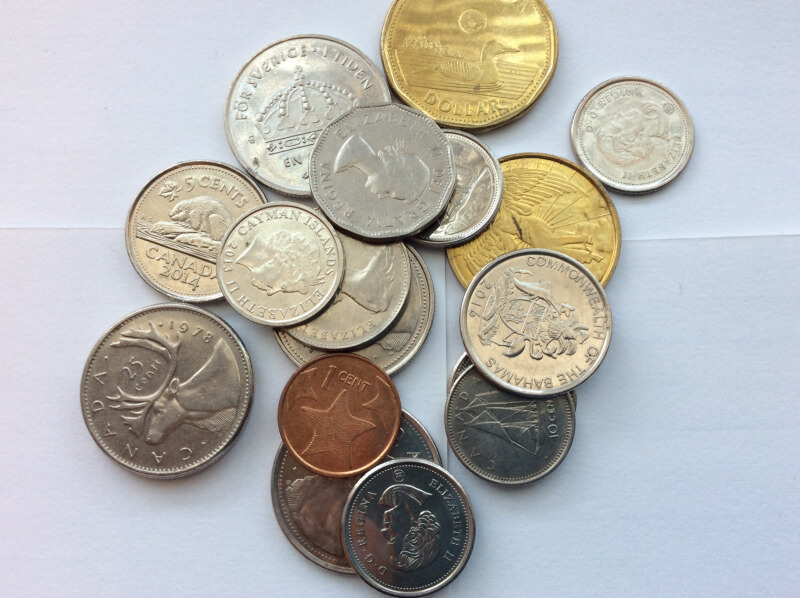 Hello coin collectors! this is my second post, and I wanted to give you this (hopefully) helpful coin collecting tip!
I had watched a video about someone who had gone to the bank and asked them if he could go through their reject coins (coin that are damaged, oddly sized, magnetic, anything like that). He found a bunch of Ikes, and a silver eagle!! I thought to myself, why don't I try? So I went to the bank, and asked the lady if they had a "dump bin." She said that they didn't, but they have a big magnet in their coin counter to catch foreign coins. She let me look through those and keep whatever I wanted, because they throw it all away afterwards. So I did, and scored a lot of foreign coins! I haven't tried the other bank yet, but I want to soon. Ask your banks about their dump bins!  Thanks for reading!!

I'll have to ask about that at our bank. Nice finds!

That's the way you do it. Congratulations on so nice coins.. Mike

Best Idea of the year! Congrats!

They look good but now everyone will go Bank hunting.

Great looking foreign coins! Good for you! Thanks for the idea... I'll be asking my bank tellers about this "reject box"! ; )

ð Thanks for reading this, I haven't done coinstar machines.

Well I always check Coin Star but this is a new hint. Hmmm. I believe I will be asking my bank ladies' for this. Everyone calm done. There are no bank men at my branch.. Thanks CC.

I always check the Coinstar machine reject slots to find coins. It looks like you got a lot of good foreign coins! Thanks for sharing!