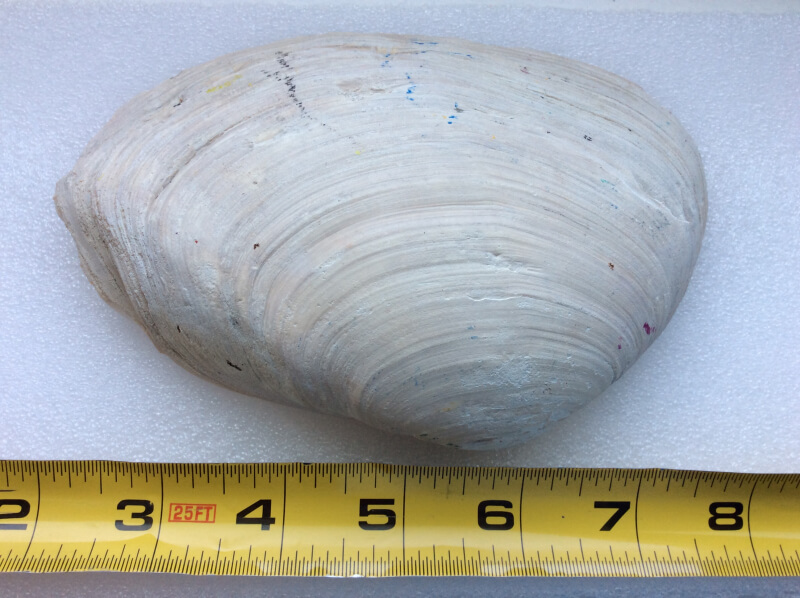 Tourists love to find seashells on the beach when going on vacation, everywhere from Florida to Australia. Some people who are stranded in the middle of the country with no beaches like to collect shells (like me:). But seashells have a very long, rich history, dating back to 1600 BC and are still being used in some places today! They were first used in China, and the main type of shells they used was cowrie shells. In fact, cowries were so important to their culture that many of their symbols for money or currency use their symbol for cowrie. In India, cowries were also used for exchange. 3840 money cowries were considered as being equal to one Rupee. In Southeast Asia, the value of the Siamese baht was one half ounce silver and 6400 cowries were equal to one baht. In Orissa, India, the cowrie was used until 1805 until it was banned (Which started a rebellion!) In western Africa, shell money was used until the mid-1800s. Shells such as olive shells and cowries were used, and often strung together. The ancient King of Muniyoma owned 30,000,000 shells! Now that's definitely quite the shell collection! In western Asia, the ring-top cowrie was used quite a lot (looks almost the same as the money cowrie, but isn't). In northern Australia, different shells were used by different tribes, with shells used by one tribe seemingly worthless to other tribes. In New Guinea, shells were broken into flakes and strung together, then measured by finger joint. As late as 1882, shells were ground into bits and formed into shell beads by the women in the Solomon Islands. No more were made than actually needed, because the process was laborious. In the Solomon Islands, coinage is slowly being established, but cowrie shells are still widely used today! In Papua New Guinea, shell currency is still considered legal or it can be exchanged for the country's kina (currency). And finally in our very own continent of North America. On the east coast, several tribes ground the hard purple part of the quahog into beads that they used for money. The shell most valued by tribes from Alaska to California was the Dentalium, or Tusk Shell. The ligua, the highest denomination in their money, was a length of a six-inch string of tusk shells. In Central and Southern California, tribes used olive shells and Saxidomus for money. I hope you found this interesting! If you have any questions just comment below!

Great blog! I enjoyed reading it. Thanks!

Wonderful blog subject. It reminded me of the times several "valuable items" were used as financial exchange or even guarantee.

Interesting subject! Thanks for the information! ; )

Nicely done. I would recommend that you don't use Wikipedia as a source. Anyone can write anything on it. But good job. Thanks.

Well I validated with other sources, but not as much as to be mentioned

That's interesting! How much was the Ligua worth in USD or is the value of those shells unknown?

Thanks for the blog. Way back when they used everything for money. Food animals, anything that was abundant in the area. Shells were one. You would be surprised. Farm animals. .Name it they used it. Thanks for telling us about shells!.

Thanks for the names of these shells! cool! ; )