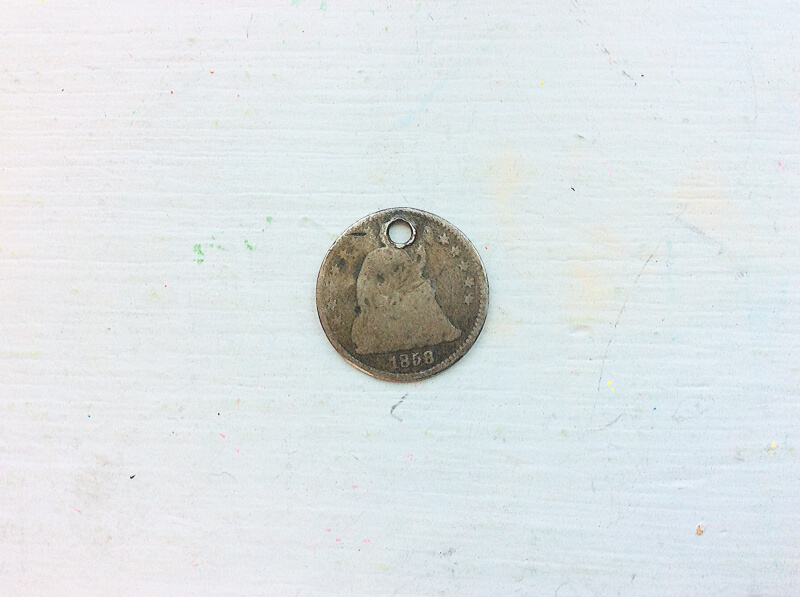 The History of U.S Half Dimes

When I say half dimes, I don't mean nickels. One of the first types of U.S. coins was the silver half dime, which is also considered "obsolete" coinage. The first half dime was more of an experimental piece, and was struck in 1792. It features Lady Liberty on the obverse, with the lettering "INDUSTRY LIB. PAR. OF SCIENCE" and under the bust the small date "1792." On the back is an eagle with the inscription "Uni States of America Half Disme" around. It is very rare with a mintage of only 1,500. The first official half dime was minted in 1794, with the attractive Flowing Hair design. The Flowing Hair half dime was only struck in 1794 and 1794, and has a total mintage of 86,416. This spectacular design features the bust of Lady Liberty on the obverse, the word Liberty, thirteen stars, and the date (1794 or 1795). On the obverse it displays an eagle inside a wreath, with the lettering United States of America. The next design was the Draped Bust, from 1796-1805. There are two types of reverses to this-the Small Eagle Reverse (1796-1797) and the Heraldic Eagle Reverse (1800-1805). Many, many varieties of these dates exist, making them fun to collect for some big collectors. The small eagle reverse had the same reverse design as the flowing hair reverse, but the Heraldic Eagle Reverse has the Seal of the United States with the same lettering. The next design was the Capped Bust, which featured a different design on the obverse. It depicts an eagle perched on a branch holding a bundle of arrows in its claw, with "E PLURIBUS UNUM and UNITED STATES OF AMERICA 5c" around. They were minted from 1829-1837, and includes many varieties. They are a very interesting coin to have in a type set and be able to show to other numismatists. The next and last design in the half dime series is the Liberty seated half dime. The obverse displays Lady Liberty seated with the date under her. The reverse features the words Half Dime inside a wreath, with the words UNITED STATES OF AMERICA surrounding the wreath. From 1837-1838, there were no stars on the obverse surrounding Liberty. Variety two had thirteen stars surrounding Liberty (1838-1853), and starting in 1840, there was drapery from her elbow. Variety three had arrows at the date, pointing away from the date (from 1853 to 1855). Then, from 1856-1859, variety two was resumed. Then, as the last design, from 1860-1873, the legend was put on the obverse instead of the stars, and on the reverse, the wreath was widened. Those were the last American Half Dimes minted, and they all played an important part in our nation's history and in the study of Numismatics.

They all tell stories. Thanks for telling us this one!

From my perspective, the half dime is obsolete by name only not the denomination of which the nickel ultimately replaced by 1873 as both are valued a 5/100 or 5 cents. Enjoyed reading!

I know these are mostly bought to put in type sets but I used to collect these by date/mintmark. I had a Whitman Classic album that was about half full. Unfortunately I sold them during my mid life crisis. I've always loved the design of the Seated Liberty Half dimes

Nicely done blog. I enjoyed it. A bibliography as well. Nothing to complain about with this blog. Time to read it again Thanks.

Greatly appreciate the history lesson. Considering the half dime is now obsolete coinage, there’s limited interest in it, as new numismatists may not know something like this even existed. And being able to differentiate between the half Dime and a nickel (both being worth 5 cents), is a lesson in itself.