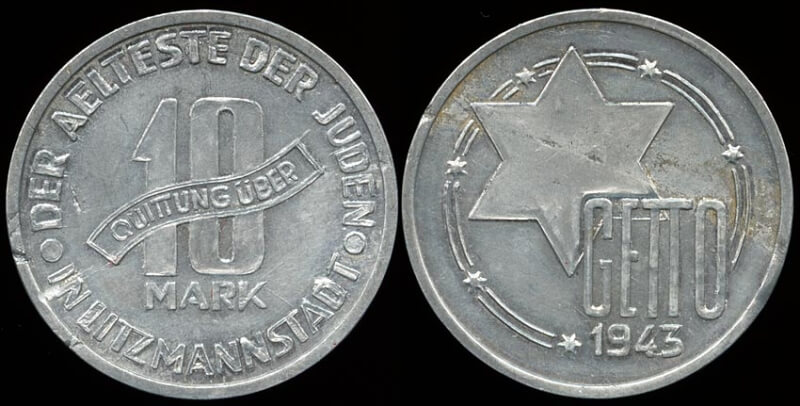 In your never ending quest to seek out and learn about REALLY interesting world coins you may happen upon the tragic series of coins from the Lotz Ghetto of Litzmannstadt. Following the invasion of Poland (1939) by the forces of the 3rd Reich of Germany, the Nazis set up an illusion of a "self administered" Jewish enclave in an occupied Polish town. They did this by walling in a section of town in Litzmannstadt, which already had a robust Jewish population. They forced the poor inhabitants into forced labor while they slowly starved the elderly and the leaders. Those were the good times, because beginning in 1942 they started moving some of the Jews to the extermination camps.