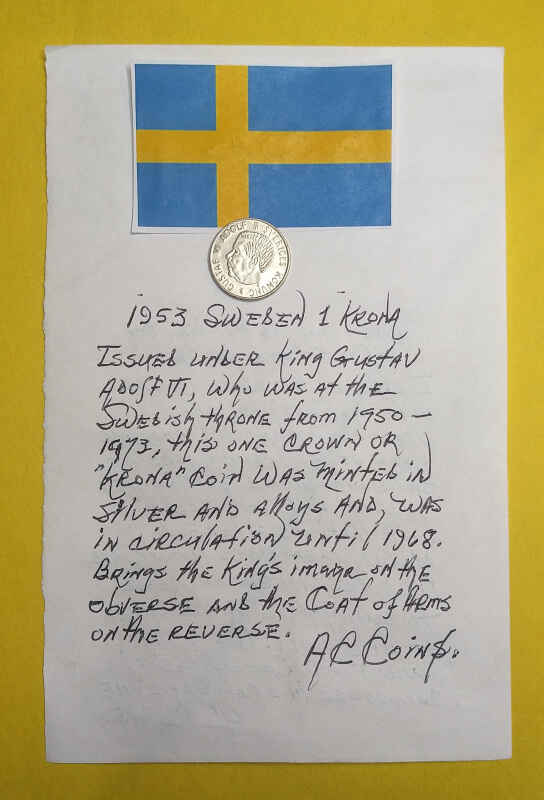 Launched under King Gustaf VI Adolf of Sweden, this beautiful Silver coin brings a stylized depiction of the King's face on its obverse and the National Coat of Arms on its reverse.

The Krona or Crown used to be the circulating currency of Sweden until its entrance into the European Union in 1995, however Sweden has not adopted the Euro as currency still until internal Union aspects are fulfilled.

The Krona has been in circulation since 1873 and is divided as 1 kr = 100 Ă¶re. The Ă¶re, plural Ă¶ren has been duscontinued since 2018 but pricing in the country is still held in that denomination.