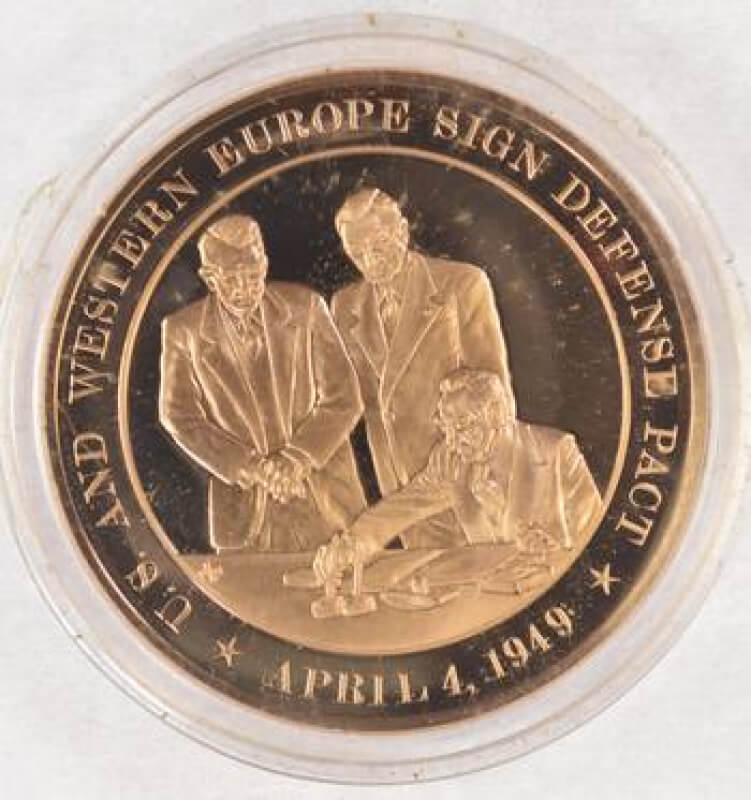 World War Two showed the globe how a failure to mend relations after war and harsh reparations that are unjustified can lead to even greater conflicts in the future. The League of Nations was formed after World War One in an attempt to ally Europe, North America, and Russia in order to prevent further complications and  reconstruct after such a terrible war. The LoN, however, was weak. Without the US's involvement (even though it was Wilson's 14th point in his 14-point-plan) and  the organization lacking powers to really intervene and international scuffles, small conflicts could turn into expansive wars.  Germany's Third Reich took advantage of this and simply did not follow any restrictions placed on them by the LoN and the Treaty of Versailles. When the LoN finally came to their senses, avoiding war was impossible. Fast forward to the end of WWII, the end of FDR, and the beginning of the Truman administration, and a world  recovering from the deadliest conflict in history.  April 4th, 1949 was the beginning of the international world we see today, and the basis for the modern world. The US, along with 11 European powers signed an incredible act that, so far, has stopped any further large-scale wars from occurring (although the cold-war nearly brought an end to all). NATO is still around, and continues to help aid countries around the world.
Again, this medal and its inception seems lost to history. A few have been sold in the past, but apart from that, we only have speculation and measurements. This is a copper-heavy alloy of bronze weighing 34 grams with the diameter that is equal to that of a Morgan Dollar's round plastic holder (approximately 40mm). This medal was struck as a commemorative piece for the NATO treaty signing, and I hypothesize it was commissioned for the 50th anniversary in 1999. The reverse of the medal gives a broad historical look at the treaty, and the obverse features the world leaders, including Truman, signing the NATO pact. It has a proof cameo finish making pictures difficult to take, but I managed to capture a few.
This medal does well to both look well, and provide a small history lesson (Although if it could also state who/what/when/ and where it was struck that would have been nice :) After having this medal, I believe the US mint should begin striking circulating coins like this. Educate the public on past happenings, and provide a new wave of collectors. That's all for now, hope you enoyed!

Nice blog. I earned from this one. Thanks.

Nice blog for the medal.

Nice! Where did you get it?

Thanks for your post Big Nub, I enjoyed your presentation. NATO is a dinosaur hatched during the scariest years of the Cold War. It is no longer needed in its present form and U.S. Troops should be greatly reduced. Then and only then will the NATO countries increase their defense spending to a reasonable level.

Very interesting information and medal. If I see this medal around maybe I will pick one up for a good price. Thanks for posting and interesting history lesson and nice medal to commemorate the event.

Loving the huge amount of history, thanks!

Great busty in that medal. It was very important they signed that treaty.. I enjoyed reading it and I did learn things I didn't know.about. Thanks for your work.

That is one educational coin. Do you have one?

Yes, this is my medal.