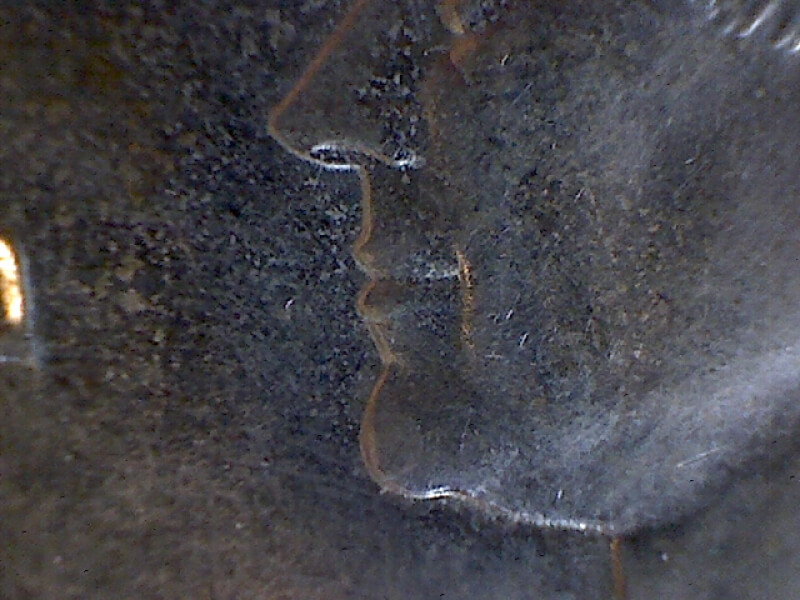 I first learned about electronic magnifiers at the 67th Florida United Numismatists (FUN) Convention when we stopped at the CONECA table. CONECA is The Combined Organization of Numismatic Error Collectors of America. When I showed someone at the table some coins I thought were errors, he told me to get an electronic magnifier. He told me that an electronic magnifier would help me be able to see coin details a lot easier and that it would help me be able to find errors. An electronic magnifier is a magnifying glass that you plug into your computer, and a picture of the coin that you put under your magnifying glass that is magnified appears on your computer screen. It helps numismatists and coin collectors by magnifying and making larger the coin or area of the coin to show greater detail. In numismatics and coin collecting, small details can make a big difference. Sometimes a small difference on a coin can change the value by thousands of dollars! An electronic magnifier can help identify these differences. They can be used in grading and also for finding errors and varieties. It is useful for coin grading because it lets you see scratches and luster on the coin. It works for finding errors and varieties because you can see doubled dies, die cracks, transitional die varieties, and many other errors a lot easier.

After I got home from the FUN Convention, I was at the house of one of my coin club friends, helping him clean out his shed. My friend brought out picture frames, books, antiques, clothes, extension cords, and other things. He said I could sell them to make money to buy coins with. Then he brought an electronic magnifier out of his shed and said that I could have it. I was really excited! That night I spent a lot of time looking at my coin collection. While I was looking at my nickel collection, I put a 1949-D nickel under the microscope and saw a D over S. It was so small of an error that I couldn't see it with my eyes. The electronic magnifier really helped! A couple days later I was looking at my half dollar collection with the magnifier and I found a 1966 (40% silver) Double Die Obverse. I looked on the internet and found that this variety is worth about $20. This month I found a 1911-S, S over S repunched mintmark Lincoln Cent. The electronic magnifier is very helpful in finding errors! I would not have known that any of these coins were errors without having the electronic magnifier.

If you get an electronic magnifier, be careful to get one that has the features you want.  I like on mine that you can change the light on and off. I also like that I can adjust the focus and the magnification.

Sounds like a tip that really was worth hearing.

I just got my microscope working . I can't believe how many errors I have found. There common so there not worth allot . But some will. Great blog!! Well done!!

Glad you had a great time. When I first got my electronic microscope, my error findings went WAY up!

Nice blog! Glad you had a good time! Great photos! ; )

They are very nice and a must have for us older error guys. One needs to be a bit careful. With that kind of magnification you will see tones of things that mean nothing. Post mint damage, PMD. They take great photos as well. Great deal you got. Have fun. Thanks.

I am happy that You shared your ventures ay the convention and that you learned from other something new. Not everyone is open to give such information, who did was sincere. You learned what is valuable from knowledge and from your friend who gave you the magnifier, glad you are happy and exploring your collection on that error hunting. That makes you steadfast as a collector.

Yes! I have one. It's called Zoomy and it's a vital tool to have, especially for ummm, shall we say.... The mature collector! Mine also functions as a camera