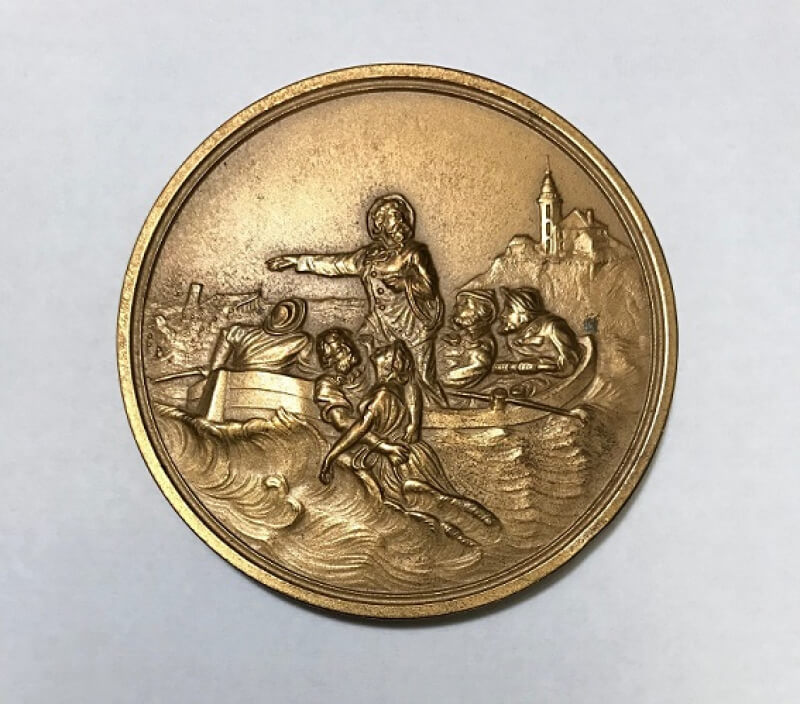 Congressional medal was authorized February 24, 1873 to be presented to the Captain and 9 others for their rescue of 32 persons. The original medal was designed by William & Charles E. Barber.

The obverse shows a lifesaving scene. A man is standing in a boat, a coil of rope under his left arm, he directs oarsmen with his right hand to pull for the wreck of the Metis. One of the men in the boat is lifting a woman from the sea into the boat.

The reverse bears the legend 'BY RESOLUTION OF CONGRESS, FEBRUARY 24, 1873. With the inscription 'TO [blank] FOR COURAGE AND HUMANITY IN THE SAVING OF LIFE FROM THE WRECK OF THE STEAMER "METIS" ON LONG ISLAND SOUND, AUGUST 31, 1872' inside a wreath.

What an inspiring bit of history. I learned a lot. That is one beautiful medal. I'm not a fan of the barbers coin designs but they made a beautiful medal here. Thanks.

Attractive medal, with an interesting back -story. Thanks, I enjoyed this blog. Sad that this had to happen, but the hero saved the day.

Great blog and medal. The events that would be lost to history without congressional medals, and medals like this in general. Thanks for sharing this otherwise long forgotten episode. Jim

Wonderful tale of heroism on the high seas. Thanks for sharing your beautiful medal.

Lovely medal with quite a story behind it. Dramatic design.

Great history and another great medal means a great blog. I picked up alot with this one thanks alot. Great work. Thanks for sharing.

Enjoyed the story behind the medal. Thanks for the info. Nice looking medal.