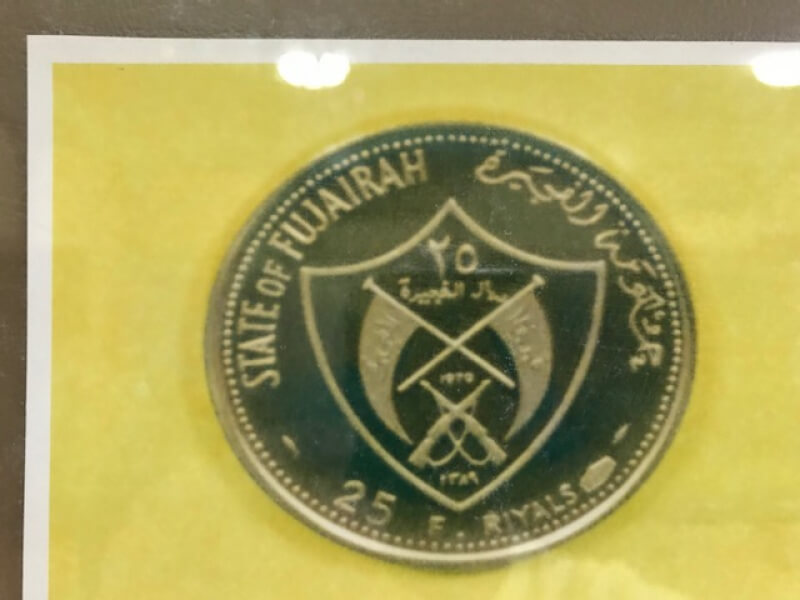 I just returned from a visit to some Arab Emirates and in the Fujairah Museum I was surprised that his coins circulating in the period before his entry into the United Arab Emirates, his currency had represented the profile of the President of the United States Richard Nixon. In gratitude for the help that the United States provided in the defense of this Emirate in its transition from the protectorate of the English to their independence as a state.

With this note I say goodbye to you for this year thanking your attention and wishing everyone a happy and prosperous 2019.

That's weird that a foreign country would celebrate Nixon. He did too much bad that it covered up his good.

That is 1 unusual coin.

I also have some coins from Fujairah. They also have U.S. themes.

Interesting subject. Thanks for your research!

At least someone appreciated his work. Those coins probably gave lots of citizens there economic relief. That coin has a nice cameo appearance. Thanks for sharing.

Who knew? Obviously not many of us. I think the likeness looks better than our own presidential dollar.

Interesting Many, there seems to be a lot of foreign countries, especially smaller ones, that have honored American Presidents or other American personalities. I know President Kennedy has several and so does Abraham Lincoln. Thanks for our report and a Happy New Year ahead.

Now that is very interesting. I hope you had a great trip. Nixon had his mistakes but did more good than bad. He was great with international relationships to be honored by another country shows you what Presidents can do. I never knew that. Great coins he helped many countries with trade and economics like China. I'm impressed thank you for sharing that information with us. I bet there is a lot of collector's who didn't know this. Have a great New Years you and the family and thanks again. Mike