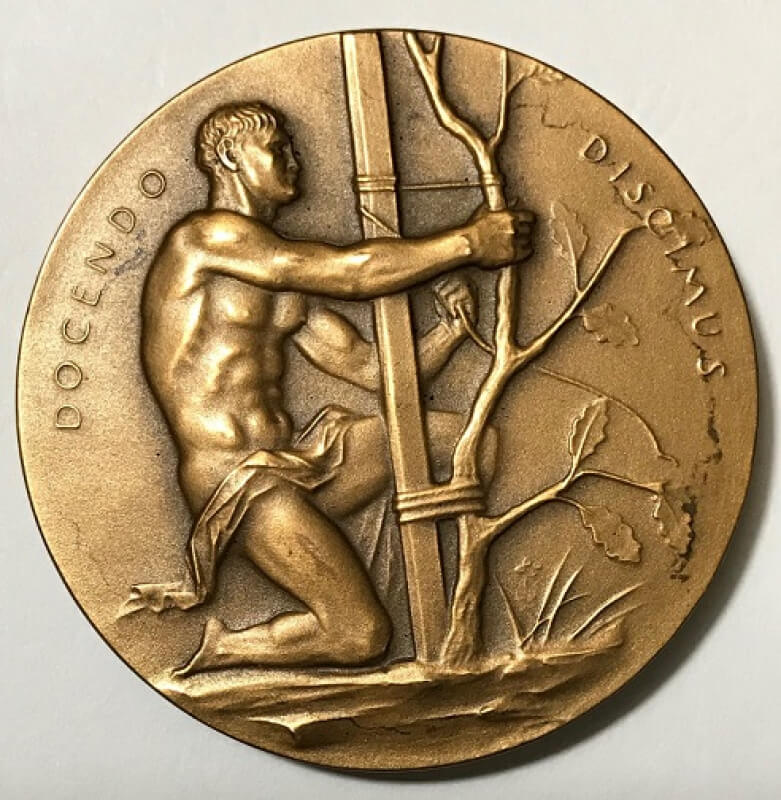 C. Paul Jennewein’s life as an artist is a classic success story. As a clever young boy in Germany he was apprenticed at 13 to sculptural artisans where he rapidly learned the techniques of casting, modeling, and painting. His life from then until his death in 1978 at age 87 was marked by a series of artistic accomplishments.
Several of his medallic works, including the inaugural medal for President Truman, are collector’s treasurers. He sculptured some medals to the Hall of Fame for Great Americans at NY University Series.

Beautiful medals. I need to list my humble collection . Thanks for showing these. Very nice.

Very nice, I think the Samuel Morse medal has a ton of character.

Fantastic collection. I am very fond of the Mark twain. A hero of mine

Very nice collection! I really enjoy all of your medals! Quite a collection ; )