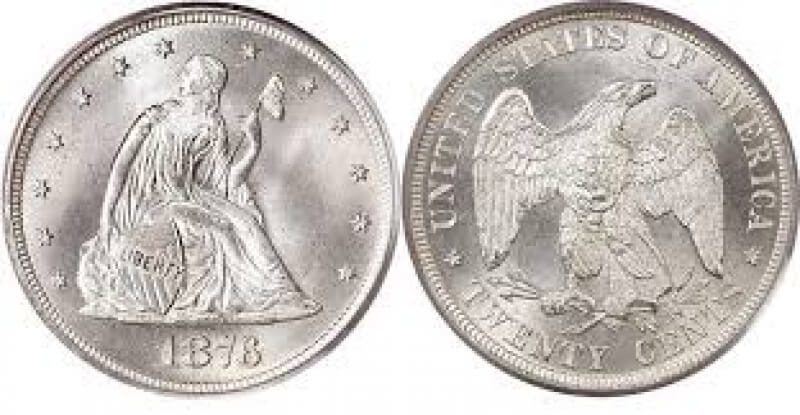 The United States Mint has changed in many aspects since it's debut in 1792. Take denominations for example, the topic I will be focusing on today. They made numerous denominations before finding the standard ones we use today. Here are some of them that they minted:

Decimal coinage today is virtually nonexistent except in some instances where the seller will generally round up to the nearest cent in percentage-off situations. Back in the day though, many stuff was very inexpensive so paying sales taxes on these small priced items with  half cent coin was not uncommon. These coins were soon dropped because of the increase in the United States monetary value and in copper as well.

During the coin shortage of the Civil War, the United States issued many different types of denominations to try to cease the shortage. After the end of the war the United States mint continued to make the coins until it was obvious that people did not want to use them.

As I said earlier, items were way cheaper back then. So when stamps rose to three cents the United States mint decided to make a coin that was worth three cents so that for one coin, you could get one stamp. Pretty cool, right? The series started with a silver denomination and a very very small diameter but after they took silver from the five cent piece away, they also did so with the three cent piece to save silver as the value was going up on silver. The series eventually ended because its life span was directly correlated with the price of stamps. So when the price of stamps went up, the three cent piece was out.

The United States wanted to try something other countries already had: a twenty cent piece. Many thought it would help stop the shortage of small change in the west, while others thought that it would be convenient to have a "double dime". So the United States Mint created the shortest-lived denomination in United States coinage history: the twenty cent piece. The similarity in size to a quarter and its unpopularity with the people led to the coins downfall and would foreshadow the future as the Susan B. Anthony dollar had the same fate.

These coins are some of the most fun coins to collect in my opinion as they seem very obsolete and different from the other coins we generally see on a daily basis. Thanks for reading my article and until next time, this is TheCoinStudent signing out.

The Mint needs to bring some of these designs back as commems.

The best to you and your family and a healthy one! Hope you get what you want. Mike and Family

Nice blog! I'll have to take a look at some of them next time I'm at a coin show.

Informative blog! I appreciate all your research! Thanks!

I have always liked the twenty cent piece. I now have three. Thanks for the article.

Nice blog. These coins sure add to a type collection, and are great to show to non collectors.

these series are usually short and fun to collect too (either in type or in full). but they can get a bit pricey do to many low mintages. thanks for the blog

Many people don't realize these coins exist and were used.