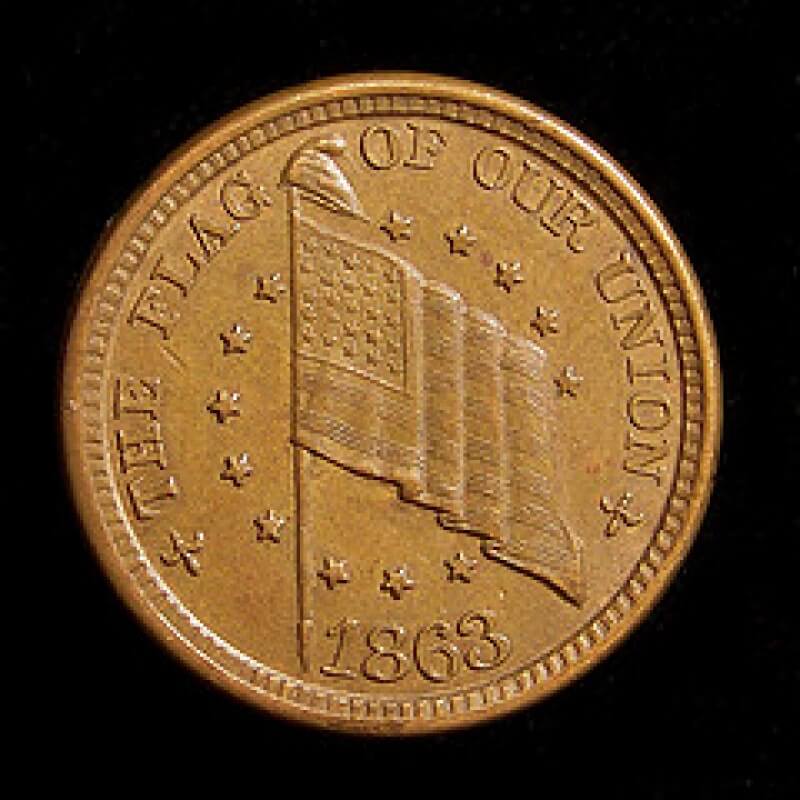 The Civil War caused severe shortages of coins of all denominations. Many hoarded all physical money they came into contact with: starting with the gold and working all the way down to copper-nickel cents. The paper money of the time was heavily inflated and untrustworthy, which added to the problem. When the Government issued paper money, there was nothing to back it up. They merely made a promise to one day repay the holder with real specie. By July 14th, 1863, the US was nearly 100% without coins. Trade came grinding to a halt. Merchants, businessmen, and entrepreneurs who were unable to make transactions because of the paucity of coins turned to minting Civil War Tokens.