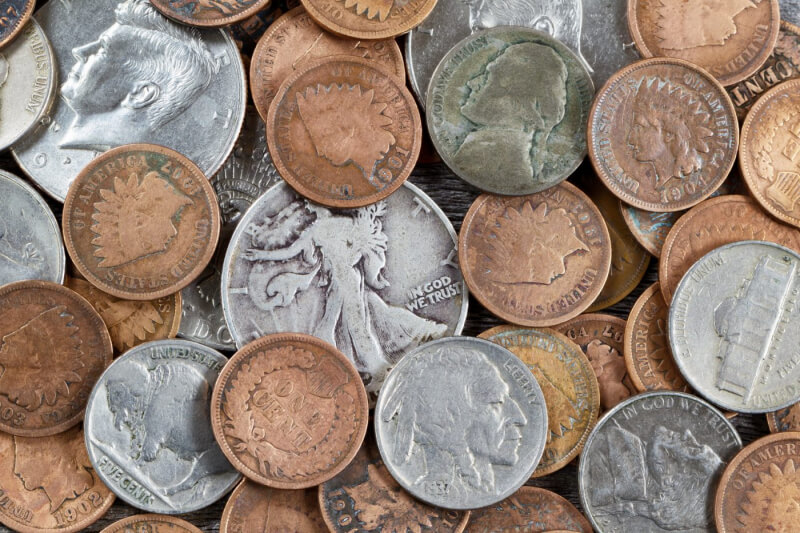 Hello, this is my first blog post, it may be short but I hopefully it is at least informative.  Today I am writing about one of the most important coinage laws passed: The Coinage Act of 1873.

The Coinage Law of 1873 changed the previous coinage act to regulate and limit all silver coinage.  Section 15 of the act set ramifications for the amount of future silver coins to be minted and their respective weights.  Furthermore, section seventeen stated "no coins, either of gold, silver, or minor coinage, shall hereafter be issued from the mint other than those of the denominations, standards, and weights herein set forth."  In short, this meant that only the specially included coins stated within the coinage act could be used for legal tenders.

This system was set up due to the large amount of dependence on silver earlier in the century.  Also, recent gold and silver rushes caused the government to view gold as the only reliable option to back up currency.

Some problems did arise from this law though.  Those with large investments of silver were unable to turn them into money.  The new limitations on silver coinage led to a shortage in this area.  Also, many critics argued that the complete separation of silver would have detrimental effects on the economy and some thought the law was passed corruptly. Finally, resumption of silver coinage was authorized by the Act of Feb 28, 1878 and the weight and fineness of the coins were to conform to the act of Jan 18 1837.

Thank you very much for reading and I hope to be making more soon.

An excellent start to your blogging career, Welcome Aboard!!!

Well researched and to the point. In the early years of the mint, up to passage of the Coinage Act of 1873, it was common practice for the public to walk into the Philadelphia Mint with gold or silver, in raw form or manufactured cutlery/dinnerware, ect. and have it coined. For a small fee of course. This was easier and more feasible to the mint until reasons you mentioned.

Your blog was short, but very concise and informative. Every blogger has to start somewhere.

Very interesting time in history. Nice blog and it makes us want to learn more about this subject and time period. That is what a good blog does. Stimulates our interest to learn more. thanks

Thanks for sharing with us. I enjoyed it. Yes the coin act meant allot to this c ountry. Every coin tells a story. Thanks again.by the way this is not your first blog post two before.

What I meant by "first blog" was a blog that gave info instead of one that asked a question(I use the forum for that now). Thanks though!

Thanks for the blog, hope tp see more. That Act had a big impact on coinage. My blogs are not long. I like to provide info and food for thought.