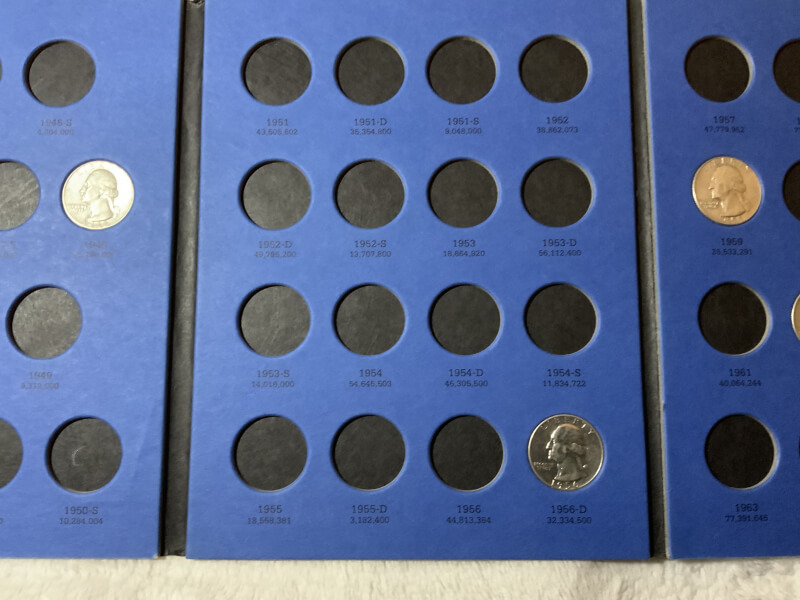 Since it is a new year 2022 I decided to re-update my silver collection! From dimes to dollars I have lots of silver coinage. Some I have already blogged about and some will be new!

And then of course there is my cat Cheerio with the Type 2 ASE! Thanks for reading my blog and have a great day!

You have quite the collection going on! Very cool! Cheerio looks like he is having a good time! haha ; )

Thanks! Yeah he is having a great time!

Wooow! Great coins . Impressive , keep going so you're going to get very far . You are the future , our collector .

Nice CC Morgans. How much for the Cat?

Cheerio is a very handsome cat!

Waite till you put the last coin in. You will remember that day. Keep up the good work!! So will the cat! By the way the Washington comes with two coins!

A good start on your collection

I think your cat is very cute. I as well have one of those 20th century type folders, a very nice thing for collectors. And how long have you been collecting? You seem knowledgeable and experienced about these coins.

Thanks! I have been collecting for about two year now.

You can never go wrong with silver. Except maybe the occasional gold. Now you need to shoot for the 19th century! Thanks for sharing your passion. Love it!

Thanks! Eventually I will have enough money to get a gold coin or two but for now Iâ€™m just collecting silver coins.