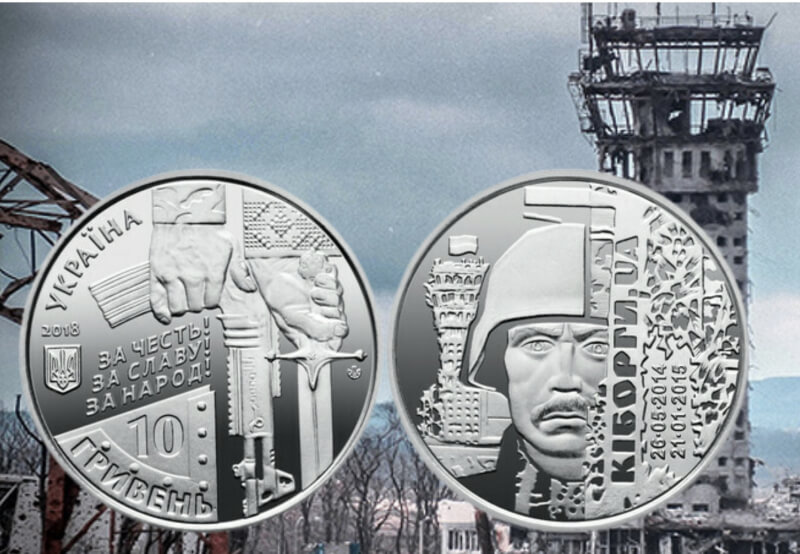 Pryvit!* This is my new coin that I won in the YN auction it is a 2018 Ukarine 10 Hryven, Defenders of Donetsk Airport.

The story behind this coin is that there was a war going on at the Donetsk International Airport and Ukrainian soldiers were defending it. Other brave Ukrainian servicemen called “The Cyborgs” helped the defenders of the Donetsk Airport. These brave men were volunteers. An inspiring story along with this cool coin. I made a nice photo with background of the coin. Click on the photo for more information.