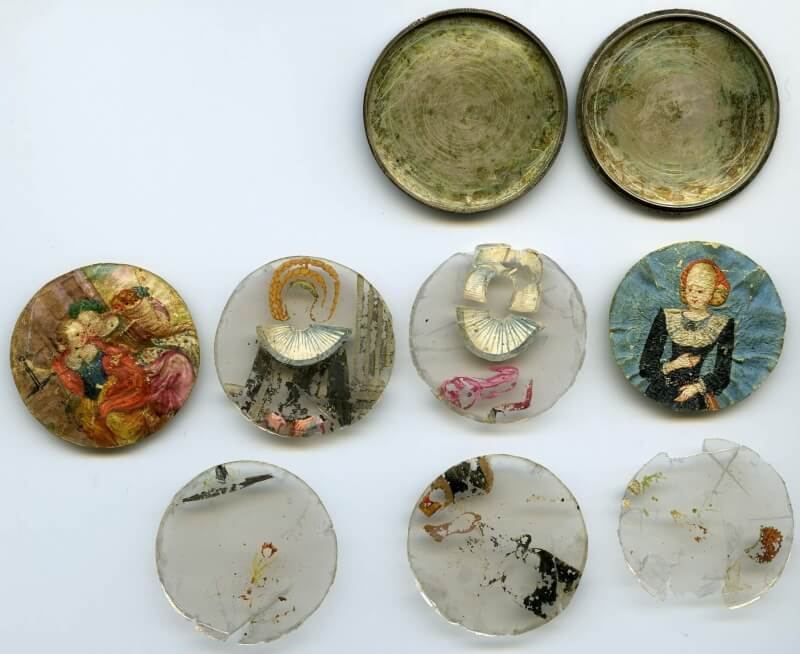 Today I wanted to share a new acquisition that I am excited about. Box thalers are a part of numismatic history that is rarely discussed any more. Being a collector of German States coins they have always been on my radar as something that I wanted to pick up when I had the opportunity. A recent Heritage auction had 3 examples of which I was able to obtain 1 of them. This piece is actually a 1686 Austrian piece but it still has it’s inserts.

There were many new large silver coins issued in the sixteenth century, and they could easily be regarded as decorative pieces, thalers especially. Many still survive showing signs of having been gilded and/or mounted for wear. Some were also turned into what became known as schraubthalers (or box thalers) which became fashionable toys in seventeenth-century Germany. Augsburg was a particular center of their manufacture.

To make a schraubthaler, a thaler or pair of thalers was cut in half along the edge and hollowed out, with a groove added so that the two halves could be screwed together. One could place small pictures inside: religious symbols, portraits, or other miniature pictures were common (including pornography).

The inserts in this picture were intended to be a type of game or amusement. There are 5 overlays made on a thin transparent material. When put on top of the picture on the right you could make the maiden appear to have different clothes on.

Eventually, box thalers were made at the mint using genuine coinage dies. The Hall mint in Tyrol was a particular center of these items.

There is no way for me to tell if my example is a mint produce piece or a privately made one. Aside from the modifications to make the “box” it is in remarkable condition. The collector in me is a little disappointed that we lost 2 coins to future collectors to create this item but the history of the item outweighs this feeling. At some point this was probably a value keepsake for a family in the 17th and 18th centuries. I picture a gentleman carrying this in pocket to use as entertainment when his young daughter was getting restless.

Box thalers tend to sell for higher than their host coins value. Many of them show signs of significant handling for obvious reasons.

those are quite the pieces thanks for sharing

These are wild! What a great blog and history! Really enjoyed it and the photo's! Thanks!

I did not know such pieces existed. Lovely with a great history!

I am not much into foreign coins, but your blogs are educating me. Thanks

You know how to pick them. I don't think anyone has a better taste in coins with these or any other. I looked at that auction but didn't go through the whole thing. My loss. Congratulations and great history. What can I say about the coin magnificent. Mike