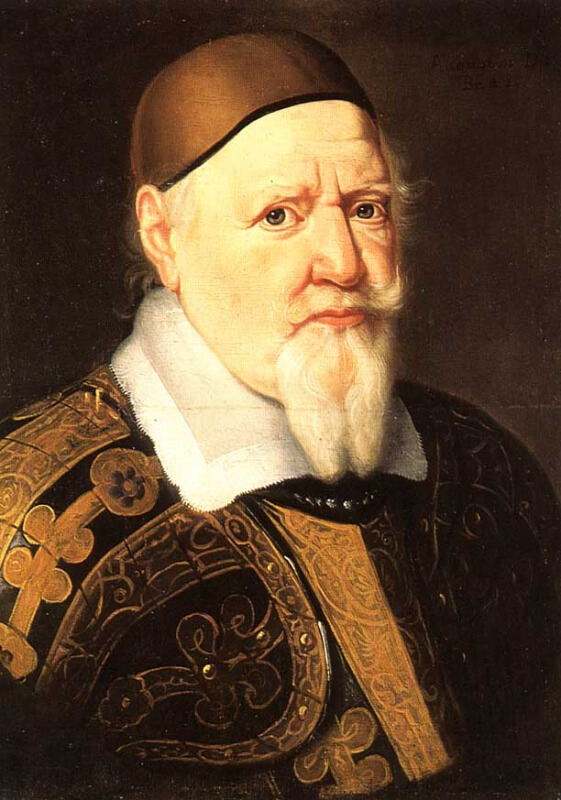 Augustus II, called the Younger (August der Jüngere), was Duke of Brunswick-Lüneburg. In the estate division of the House of Welf of 1635, he received the Principality of Wolfenbüttel which he ruled until his death. Considered one of the most literate princes of his time, he is known for founding the Herzog August Library at his Wolfenbüttel residence, then the largest collection of books and manuscripts north of the Alps.He is an important part of German history. He first came on my radar because of my fascination with Wildman coins. August II had a plethora of Wildman coins minted in his name. I have done presentations, exhibits, etc on Wildman coins enough times that it almost feels like I knew him.This is a recent acquisition that I have had on my radar for at least a year. It just made sense to add a Thaler commemorating his death to my collection since I have so many minted during his life.
Here is my description:Obverse: Legend in 11 linesObverse Translation: Born April 10 1579 during the lead but accompanies his years of work. Died September 17 1666. Lived 87 years, 5 months and 7 daysReverse: Bare tree with skull at baseReverse Translation: Happy about the green foliage. So the glory of the world. dells. The advice of all things, not only to the provident and active.Subject: Death of August IIMint: ZellerfeldMintmaster: Most likely Henning SchluterNote: Dav. #6376.Composition: SilverI used Google translate for the legend translation. I’m sure it is close but as you can see it is kind of clunky. Anybody out there that wants to give a better suggestion for the translation, feel free.As you can see this piece has a Halloween kind of vibe to it so it seemed like the perfect time to close the deal on one.

I love the spooky design. Neat coin. How did Augustus actually die, though?

That is something that history didn't record. 87 was pretty old for the 1600's so it was most likely just old age.

As always, you shed a little light in a dark corner to reveal things we would never have imagined in history. I've always said this and have found it to be true. The small metal disks we collect don't lie. They have stories to tell to the person with the courage to hear the truth.

Very good looking coin. How can the older coins be so "Busy" but still look great and the newer mint releases that are "Busy" look so bad? Is it a built in dislike for some of the newer busy coins, or is it because the older coins are simply a part of history now? Don't know, but this example was great. Thanks for sharing, Later!

I memorial of life coin. That is really something. That skull below the leafless tree is great. Thanks.

I love that skull-tree design... kinda dark but definitely haloweeny

Same, i think it looks awesome!

The reverse is so beautiful, yet so dark. I think it was fitting for a commemorative like this. Thanks!

I love this coin and its backstory, the design is somewhat reminiscent of the Charter Oak design on the 1935 Connecticut Half Dollar, except for the skull of course. Beautiful!!!!!!!

Never heard this story... Loved it though! Thanks for another great blog! Cheers, NM

Awesome Thaler ! Makes me want to find one also. Always amazing to see what others are collecting and getting into. Makes me want to research them and look for them also. I have a new found interested in all kinds of things besides, your usual coinage. Thanks for posting a very interesting subject.

I love these coins and I have to get one. I know it will set me back but it's worth it. There history makes the coin. There is so much in these it's remarkable thanks for another excellent blog on these coins. I enjoy them.

Sounds like a great man in his day. Not many of us have coins struck to memorialize our lives.

Interests in certain coins can make great additions to your collection. Like your research