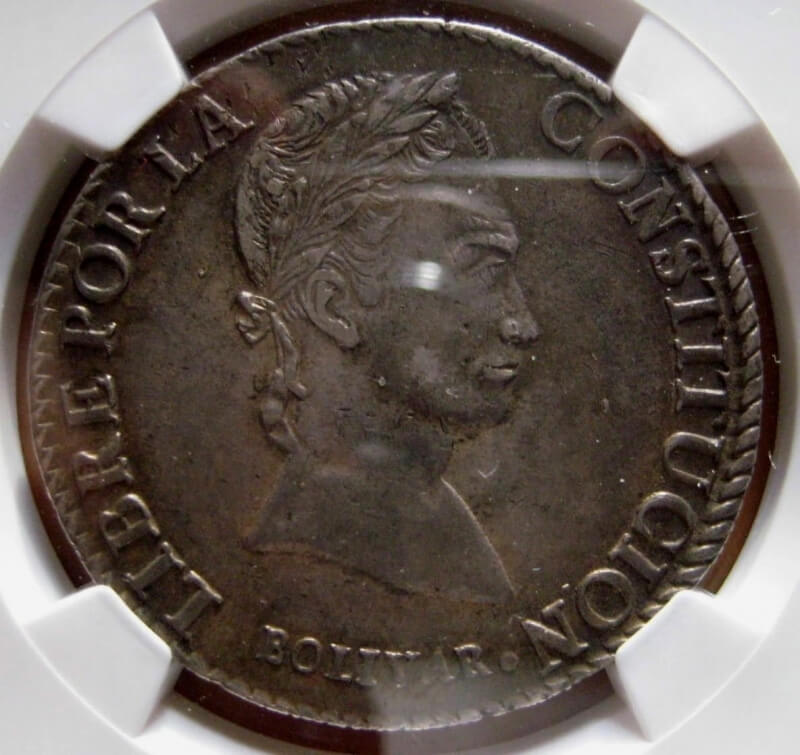 21 Feb 2016
Is your Mama a llama? When my daughter was little a book that she was always asking me to read was “Is Your Mama a Llama”. This coin brings back those memories. Of course it was minted way before those days.

It features 2 llamas relaxing under a tree on the obverse. This silver coin had a face value of 8 Soles.

I cannot confirm this but I believe the reverse features the bust of Bolivian president José Ballivián. He was the 11th president of Bolivia and served from 1841 to 1847. Prior to this he was one of the greatest military leaders of the country. The llama is the national animal of Bolivia is a common symbol on there coinage. As of 2007, there were over seven million llamas and alpacas in South America, and due to importation from South America in the late 20th century, there are now over 158,000 llamas in the United States and Canada.

Great story - a coin rich in history and a reminder of your own history. Now that is cool!

I always thought that was Simon Bolivar on this coin. At the risk of being wrong, I only mention it. I love the Llamas.

It’s Simon Bolivar on the coin..

Well I hope you gave the coin to you daughter! Great blog. Love the history and the coin. I even like the llamas. Where did you pick up the coin? Thanks for the information. Mike!