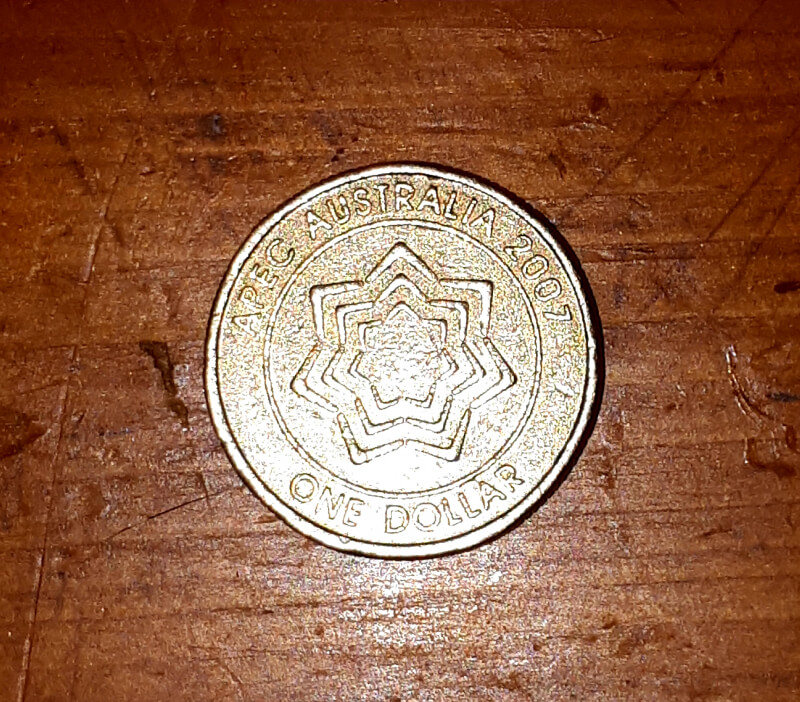 In 2007 the APEC meeting was held in Sydney, Australia and to mark the event the RAM decided to commemorate the event with this circulating commemorative coin for 2007.

The Asia Pacific Economic Cooperation (APEC) is a group of 21 nations from around Asia and the Pacific who are working towards economic growth and liberalization in the region.
Formed in 1989 at the urging of Australia, APEC meets in one of the member nations to hold discussions and forums each year. These meetings are attended by the leaders of each member nation (except Taiwan) and are major security and media events wherever they happen to be held.

Never seen or even heard of that before. Thanks.

Thanks for all the welcomes and comments.

I only keep the ones I don't have yet or if I get one which is a better grade or more appealing to look at, I'll replace the one I have and send my son to school with a pocket full to spend in the canteen. Hopefully the kids will get one in their change and start collecting too.

Your finds are truly refreshing to read and learn about.

Very cool! Thanks for sharing!

Can’t find this in pocket change here in the U.S. Thanks for sharing.

Fun to be a collector in Australia, lots of interesting change possibilities. (:

Maybe too many or too many people who haven't got the collecting bug yet. They will probably one day regret not keeping them. I know I do.