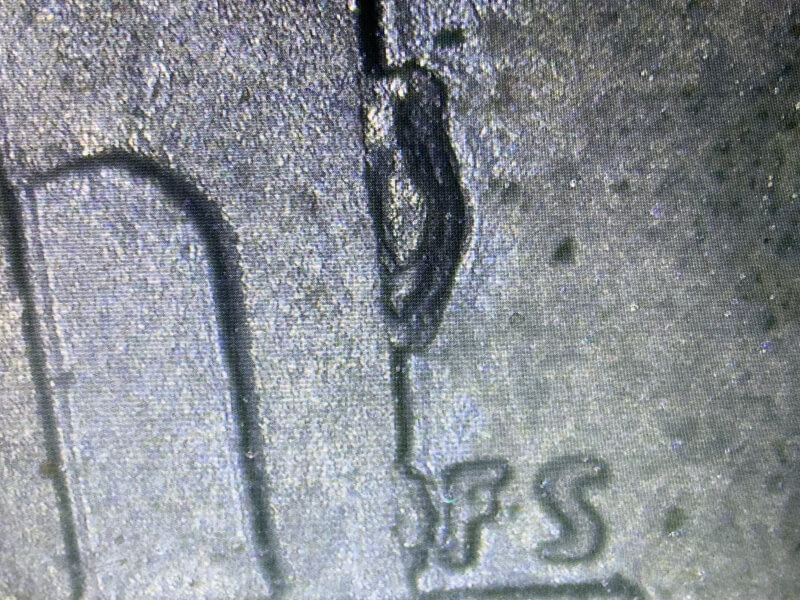 Look like this series will be an ongoing thing, because I find it fun to write, and it is nice to know to search for some varieties that you can actually find that aren't one in a million.

Anyways, coin number one is a 2018-P Jefferson nickel with double Beehive die chips. Die chips are caused when part of the die chips off, and that leaves a raised dot (or dots) on the coin. This is very similar to a cud, and they look exactly the same, but cuds happen on the rim. Die chips occur in the middle of the coin. These chips are nicknamed "Beehive" chips because they occur on the side of Monticello (I have seen them occur on BOTH sides), causing the chip to look like a beehive on the side of the building. These are NOT hard to find, and have occurred on ALL the teens and twenties Jefferson Nickels (minus the 2022, although I'm sure a beehive will turn up in the near future).

Coin number two is a 2006-P Colorado die cud. This variety has occurred on many dates of many denominations, but the ones to look out for in particular are the Colorado State Quarters, and the West Virginia State Quarters. I have yet to find a West Virginia Cud, but I know some of our members have. The Colorado Cud I have found three of, including one in a rare early die stage. The Colorado Cuds I have found on both sides of the coin (left and right). The left Cud is pictured.

I am on a computer, and do not have access to a nice camera right now,  but expect me to upload some pictures within the next day or two, so keep your eye out.

Waiting for the photos to see how you description looks. They sound nice.

The photos are fantastic!

Theyâ€™re awesome. Sorry I didnâ€™t get the pics sooner, I was busy. Posting them nowâ€¦

Great information and hunting inside your pockets. Great error finds. I admire your sincere words everytime. I enjoy your writings because your conversations are very interesting to all of us.

Great information on errors! Enjoyed it!

Iâ€™m glad you liked it!

You have the info on these errors down.

I had that very problem. Only it was on one of the new Morgans. On her cheek. They knocked it down because of it. From a 70 to 69! That hurt. Keep up the good work. I enjoy reading your blogs.!!

It's great to hear that you enjoy both finding/cataloging these errors and writing about them. Hopefully this passion will translate into a series of books in the future like so many famous researchers/writers at the present. Remember, they were all young and starting out once.

Thanks for the sincere words. Iâ€™m really hoping this will be a lifelong enjoyment.

Ya, I'm one of the people that has found a west Virginia with the Cud. Nice blog!

Some more great errors to find in circulation. I will keep my eye out for these. Thanks for the blog!