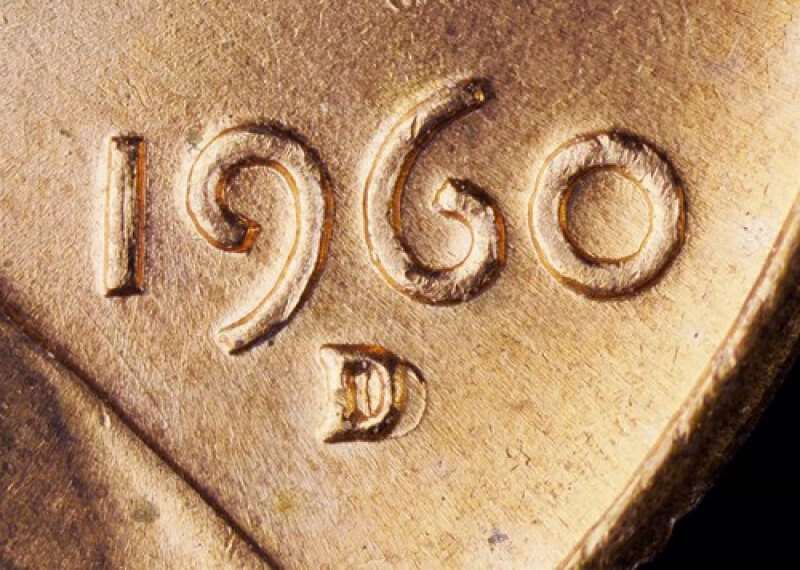 Hello guys! I just wanted to to update y'all on some of my recent finds. Okay, so first of all, I recently found another 1960-D cent RPM, it is the RPM-023, which is very common and not worth that much, but it is still cool so I will be keeping it until I find/purchase another one, and then I will probably sell or trade it. I also found a silver war nickel, a 1944-P to add to my little "Silver Found in 2021" container, (its not a huge jar like RobFindsTreasure haha) in 8 rolls of nickels from my credit union on Saturday. So far this year I have found 7 silver coins, including the following: a 90% 1952-P Benji Half, 40% silver 1967 half, 90% 1964-D Quarter, 90% 1962-D dime, and three ware nickels including a 1944-P and two 1943-Ps. I found the Benji and 1967 Kennedy in my first half dollar box (see my past blog about it), I found the two 1943-P war nickels in a nickel box that I got the same day as the half dollar box (also see my blog), I found the silver Washington quarter and the silver Roosevelt dime in rolls of coins from my credit union over the last couple months. How are you guys doing at finding silver or Ws recently? I personally can't wait until I finish school for this year get a job because then I can get my own account at the bank I go to  and have them order coins for me every week instead of every once in a while. Thanks for reading this blog and have a great day! P.S. the picture is only a representation of the RPM I found, not a picture of the actual coin, courtesy of NGC

Did you find all of those in rolls?

CoinHunter, I get jealous every time I read your blog. I found some good coins lately, but no silver and certainly no Ws. Now I find out you are in High School. Another reason to be jealous. Good Luck, Mr. B

Nice job coin hunter. My CD did union has been closed down for awhile so I haven't found too many coins this year.

Sorry to hear that.

You have sone great finds there!! Thanks for sharing!

Searching circulating coins is like digging for gold. You have to dig through a mountain of worthless rocks to find a nugget. It's fun to dig through pocket change and rolls to find a little treasure tucked away in a mountain of coins. I look through my change all the time. One time I found an Indian Head cent in circulation from a convenience store! Keep hunting. Though you rejoice in finding that lost treasure, remember that there is also joy in the journey!

Thanks a lot, cool story!

Nice! I really need to get one of those for my lincoln cent variety collection. What grade is it?

Keep it up, we love hearing that interesting coins are still in circulation. Not even considering those millions of W quarters.

You are so lucky with finding the cool coins! ; ) Thanks for sharing!

Very nice find! That RPM has me fairly jealous, which is weird, bc I have one as well! haha, catch you later, CH!

I wish you luck but you seem to already to have amazing good luck. Carry on and keep us informed. Thanks.

Thanks and you're welcome!

That's one of the things that Is So important . Do well in school. It cost money to buy money. do.good in school get a great job you can buy buy buy!! But not in credit cards!! You will get there. We all do. We're pulling for you!!Good looking coin also!

Hate to break it to you. When you finish school then you start paying bills and you will still be limited on how much and how often you buy...... Life just seems to work that way

I meant school for this school year, I am not at college. Sorry for any confusion. Thanks!